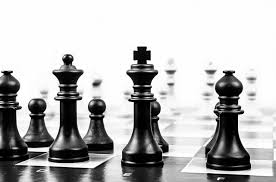 How Faith, Values, Culture Shape Our Leaders & Ourselves: Part 1

In light of recent events regarding leadership in Spokane and it being election season with no real end in sight of political rhetoric being a mainstay of the media through 2016, it is prudent to examine how we choose our leaders from a historical and cultural perspective and apply this to the present.

Our systems of faith, values and ethics also shape and influence how we choose our leaders and how they lead us. I have asked our leaders how their faith, values and ethics are used in their day to day lives, and am writing an ongoing series about leadership in Spokane. Leaders and how we choose them have shaped how we go about our daily lives, each of us within the context of the culture we live in.

Rachel Dolezal, after all, isn’t the first leader to be felled from grace and publicly outed and tried, nor will she be the last. It’s also interesting to me the way the press and the community treat women in office differently from men when they find something wrong. For instance, former Mayor Mary Verner was attacked for things that, from my standpoint, no one would have blinked twice about if she were a man because men are often trusted more than women and respected as authorities in leadership.

The motives behind those who overthrew Dolezal from her shiny new throne were often just as entrenched in their own political or monetary motivations of their own, as were the ethics of those who recognized that as humans we make mistakes, but still expect and seek integrity, accountability and transparency from our leaders.

There are leaders in as many different areas of society as there are roles in society, and places where these people in their roles and their areas of leadership intersect with one another. This place is an intersection of how we trust each other. Trust is not just how we relate to each other individually, but also consists of intricate, interrelated cultural ecological systems which anthropologist Anthony Giddens talks about in much of his work. For instance, we trust when we go to the grocery store that tomatoes will be there even in the off-season because we know they are grown elsewhere in the cold of winter. We also drive, follow traffic laws and take planes, which we would not do without elaborate and reciprocated trust. When our trust in systems or leaders is violated the consequences and repercussions result in tragedy, war and conflict, which in some cases has lasted for hundreds of years and creates new conflicts, problems and tragedies.

During my interviews and interactions in the Spokane leadership community, I discovered that while there is cynicism, skepticism and apathy towards leadership, there is also goodwill, energy and passion in leaders who hold themselves accountable to work together with the community and each other to achieve goals with integrity. There is real interaction between the leaders here and the community because the leaders are really a part of their community. It is my intent in this series on leadership to explore the ways in which we get information in order to measure our leaders by. It is also my intent to know how our leaders hold themselves accountable and assess any practical ways to apply social science to leadership issues in the context of local culture.

I have observed leaders in their places of work, authority and in their participation in community events to see how they interact with each other and applied or lived up to their own ideas.

Those I interviewed and communicated with include various city council candidates and members such as Lori Kinnear, LaVerne Biel, John Waite, Ben Stuckart, and Mike Fagan. I also interviewed non-city council leaders such as Mariah McKay, a community organizer working at the Spokane Regional Health District, Rick Eichstaedt of the Center for Justice, Paul Dillon, who works with a YMCA Youth Leadership Program, and Kate Burke, a founder of the Edible Tree Project in Spokane and winner of the Peirone Prize. In addition I interviewed two people who have both been assistants to Sen. Andy Billig: Isaac Grambo, who founded the Spokane Poetry Slam, and Taylor Weech, organizer at Peace and Justice Action League of Spokane (PJALS) and host of the radio show, Praxis.

The questions I asked our leaders were: What are their faith, values and ethics and how do they apply these to their role as leaders? How do we hold our leaders accountable? How do they hold themselves accountable? I got some extremely satisfying answers, as well as a lot of answers from those running for office that overall weren’t in concrete practical terms, but in abstract ideals. In fact, the most frustrating thing for me has been the candidates’ lack of information about practical applications of facts, real life experiences, plans for the future and examples of past leadership to back up their claims and their desire to lead the community. I have an analytical mind, and because I am a student of history and anthropology I know we can’t afford to choose our leaders based on charisma and sound-bites or on how good-looking they are. Doing so has led to a lot of tragic consequences. People are getting more adept at marketing themselves as brilliant little packages for us to buy because they look for what we desire and want. But like any packaging, when it comes to our leaders, buyers beware. Labels are fraught with layers of meaning that we must begin to interpret and spend time with. Some of us read pop culture magazines or know the latest celebrity gossip, but know nothing of consequence about political agency for ourselves. So that’s what this series is about. Leadership and political agency in the context of culture, faith and values, and where that all intersects.

My first interview will be with John Waite.

I will also be asking people how they feel about leadership in the Spokane community.