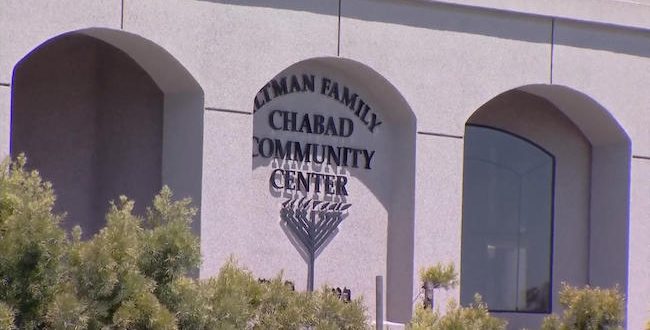 How do we talk about our safety as Jews?

Two synagogue shootings in six months. Can we have a hard conversation now? Before you ask me not to politicize a tragedy, I will ask you how we can possibly refrain from analyzing political violence against our people.

I’ve always been told that Jews are an intellectual people, interested in debate and multiple points of view – you get five of us Jews in a room, we have six opinions, right? However, much of what I’ve learned from the mainstream American Jewish community is that this isn’t actually true — from the dinner table, to the synagogue, to our politics — we are often not interested in creating space for uncomfortable debates. Debates on questions such as: Who is actually killing us, and why? I’ve learned this vividly from emotional conversations spilling into ad hominems with loved ones, and from a friend’s father being fired as director at a Jewish theater, for showing Palestinian perspectives in his plays.

As a young Jewish person new to Spokane, and deciding whether to join a congregation or not, I’m dismayed to see members of the community conflate criticism of the Israeli occupation with anti-Semitism, because I don’t think that perspective makes us safer as Jews. Please allow me to explain.

It often feels as if the dominant American Jewish position since World War II – naturally and for good reason – is self-protection. Now there’s a generational divide starting to appear on what self-protection means. Based on polls, it seems that millennials increasingly do not believe that unconditional support for Israeli occupation and expansion is just or makes us safer. Meanwhile it seems that generations older than mine believe the Israeli system of occupation makes us as a Jewish people safer.

This is a challenging issue for me. Some of my ancestors fled Nazi Germany to Israel at a time when the United States and many others wouldn’t let them in. I am a Jew, and I love my safety, and the fact that some of my ancestors were able to find refuge in Israel. Yet I do not believe I’m made safer by Israel such as it is, and I don’t believe it serves our safety to continue arguing that any criticism of Israel is anti-Semitic and therefore invalid.

When have Jews been served by denying the existence of mass suffering? That is a common tool of hate groups, and hate groups, in the end, have never been our friends. After the Tree of Life Synagogue shooting, it became very clear to me that mainstream Jewish institutions won’t talk about which side of the political spectrum is shooting up synagogues. We can’t talk about that, because that ideology links back to the White House – and the White House “supports Israel.” I put “supports Israel” in quotes because I don’t believe that supporting the occupation ultimately makes Israel better or safer. Now we have a second synagogue shooting in six months – again by a white nationalist man with a manifesto claiming Jews are trying to replace white people through immigration – a claim the Charlottesville neo-Nazis made, and a claim the president has made about prominent Jewish person George Soros.

We are so desperate for the right wing’s “support” of Israel that we’re willing to look away from the fact that the president traffics in anti-Semitic dog whistles. Did anyone call out ‘dual loyalty’ when, at the Republican Jewish Coalition, he called Bibi “your prime minister”? Anyone mind when his final tweet as a candidate said “Most corrupt candidate ever!” inside a Star of David with piles of cash as the background? Or when he called the Charlottesville neo-Nazis “fine people”? Honestly, does it make us safer for hundreds of millions of people to ingest those messages? Is it worth expanding Israeli settlements (on bulldozed Palestinian homes), to give our loyalty to an American president whose megaphone inspired a doubling of hate crimes in his first year in office, including a 37% rise in anti-Semitic hate crimes? This is a question we have to honestly debate. Meanwhile, amid the rise of white nationalism, the president has disbanded the Homeland Security team that monitors homegrown extremism – does that make us safer?

We as Jews have to get to a place where we can hold two difficult ideas in our minds at the same time: 1) We as Jews deserve safety, and 2) There might be things worth criticizing about what is quickly becoming a theocratic ethnostate constructed in our name. On top of the many laws restricting voting and land ownership by non-Jews, Israel may be the only country in the world to have formally declared that it exists for one segment of its population and not another. Well known white nationalist Richard Spencer tweeted after the law passed, “I have great admiration for Israel’s nation-state law.” That’s because it is fully within nationalist ideology that every country should exist as an ethnostate for a single ethnic population.

When has white nationalism been good for the Jews? Is it anti-Semitic for me to say that if Richard Spencer likes the direction Israel is going in, we should take a moment to reconsider?

We all want Jews here and around the world to live in safety. We all want to defeat anti-Semitism. And I really want to have these conversations with people who view Israel differently than I do.

The conversations should include questions like: “What does this mean to me and to my family and our history?” “Can decades of violence ultimately result in peace?” And the conversations should include a common understanding of the facts on the ground. From what I see, there are rules encoded into law and demonstrable modern history showing Israel imposes disproportionate violence and systemic disenfranchisement upon citizen and non-citizen Palestinians. You may think that system makes us safer — I do not. But that’s the debate I’m interested in having, and the one that I believe will make us safer.

It does us a disservice as a people — a traditionally learned, debate-seeking people! — to flatly deny all critiques of Israeli policy. As a community we make it hard for people to open discussion to us when we flatly deny anything’s wrong in a place such as Gaza, which the UN deemed will be unlivable by 2020, and when we label every criticism as anti-Semitic. Who would open themselves up to a conversation like that?

Our people are hurting. Intergenerational trauma is real, and the Holocaust gave us a whole lot of it. Our generations need to talk with each other about what makes us safe. We need to be open to seeing another perspective. And we need to be real about what’s happening. Many attacks on Israel contain anti-Semitism, but to say that every criticism is invalid is to cut us off from each other as Jews, and from our neighbors as concerned citizens of the world.

Can we bring back the debate-loving Jewish stereotype on the issue of our safety, the issue that runs deepest for all of us? I sure hope so. If anyone wants to try a conversation, please contact me and let’s get coffee. I’m at sam.jewler@gmail.com. Thank you for reading and considering.

Sam Jewler is new to Spokane and part of the Jewish community.

Previous Ask A Buddhist: Monastic Robes
Next LDS Temple To Be Built in Moses Lake