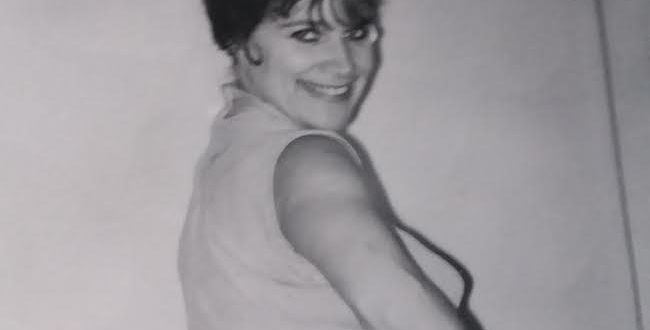 “Lila, wake up!” Lila Loree Perry, 20 with brilliant blue eyes, and dark hair, a natural beauty, woke from a peaceful sleep to see her love interest, limbo champion, and local lady-killer Raybon Dewaine Mathews standing in the room she shared with her younger sister. It was the crack of dawn.

He literally picked her up and carried her to his car. He drove her over to Yuma, Arizona where they got married in September of 1951.  According to my grandmother, her mom used to scare off all her boyfriends so she and my grandpa had to elope. It was only as I got older she told me more details and I also heard them from other relatives. She told me, “He said, ‘You’re coming with me kid.’ (He was about 18 months younger than her) And that’s just how it was.” Her parents were mad at my grandpa for some time. He hadn’t asked their permission. Just came and got her. My grandma was 20 at the time.

My grandmother lived quite an adventurous life as she raised her family. She also had something I worry about for myself today: security. In all the leaps forward we’re supposed to have made, I have far less stability than my grandmother. I have often wondered how to live up to the legacy of my grandmother.

My grandparents loved taking their family on road trips, flitting from one place to the next: The Golden Gate Bridge, The Salton Sea, you name it. They also loved flying in my grandpa’s Cessna to Las Vegas for fun weekend trips. I have one photo of them all together that looks like it is right out of Wes Anderson movie, and another with the plane where my grandma is in her silver Go-Go Boots, looking like a space babe on the cover of a science fiction magazine. They made everything in life look achievable, doable.

My parents’ divorce was during one of the most infamous times for divorces in America. The divorce laws changed and my whole generation was affected. Then not long after that, my mom’s mom, and maternal grandmother, died.  I don’t’ know what I would have done without my paternal grandmother.

I have fond memories of playing songs on my grandparents’ juke box machine, my favorite at the time being, Elton John’s “Your Song,” when I was sad. My grandma would sense this and say, “How are you doing, Morning Glory?” She also called me ‘Sunshine.’

My grandmother came from the kind of blue collar entrepreneurial working class that was once the American Dream. She also claimed to be a direct descendant of Daniel Boone, which is backed up by documentation. This story she told made me feel like I was part of a bigger story of America. It helped me see beyond my present woes to what I could do with my life. That was part of her legacy, her story, that she passed on to me to make my own. Of course, now I have an entirely different opinion on Boone, but that’s a story for another day. Further setting an example, after she was done raising her family, my grandmother went to work as a security guard for a local arcade in the 80s for a while. I loved visiting her there and looking at her badge. She always wore heels, and there were handcuffs hanging from her waist.

When I got the news on Monday March 18 that my grandma had died just a few days before her birthday, it was a shock to my system. I really thought that I still had time to call her, to visit her in California before she died, to make sure she knew how much she meant to me. I was always meaning to write her a letter, meaning to call her more often. I should have called her on all her birthdays and at Christmas. I knew after my marriage we had drifted apart. She would always remind me of good times and memories we shared.

In my mind and heart, I always saw her as vibrant, young, and singing, dancing and laughing. After I got the news, I knew I couldn’t make the funeral. I went home and played the music she loved. I cried for hours. I wish I had listened to that adage about staying in communication with your grandparents, because when they’re gone, you can’t anymore.  I pass this on in hopes that you do. Call on birthdays. Christmas. Or whatever holidays you celebrate. Just to share your life with them. This way your grandmother will know she mattered in life. Loving you, telling her story to you, gave her life meaning. Staying in touch lets grandparents know their legacy will be carried on. As life gets harder, and they get close to the end, it’s easy for them to feel isolated.

If you don’t have that kind of relationship, don’t beat yourself up though. Not everyone leaves a good legacy. So we have to find our path, make our own families, find other grandmothers. Perhaps someone out there is looking for someone just like you to talk to. Grandmothers tell stories that give us all a sense of meaning in life, of what to look forward to, that gives us their wisdom.  I will pass on her stories to my children, with my own ideas, just like my grandma did. So that is how I will live up to the legacy of my grandmother. And I hope one day that I can be a grandmother too.

Previous Born Again: An Act of Grace
Next What went up in flames?