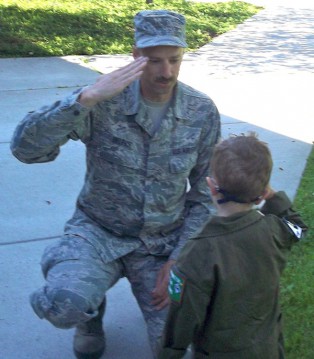 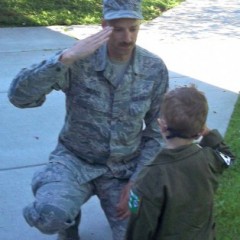 As many of you remember, my most read piece last year was how I lost my coolness with my son by taking him to be the pilot of the day. Well, its happened again, much like melted chocolate ice cream tasting so good will leaving my face a mess.

Last Friday, my son was treated to the Air Show at Fairchild Air Force Base. As you remember, last year Make A Wish asked if my son would be the Pilot of the Day. I had some hesitation about it, because I feared that he would find out his cool dad was nothing of the sort. I want to prolong my fantasy that I was to be his hero.

But, it was not to be. The 141st Air Wing treated him like royalty. They made my son feel so special as one of the pilots and part of the squadron. Majpr Higgins and his team were all that and then some as they made a little boy dealing with major medical issues feel like a champ. I saluted them and I learn to live with my disappointment. At least my wife was not dazzled by any pilot, until now.