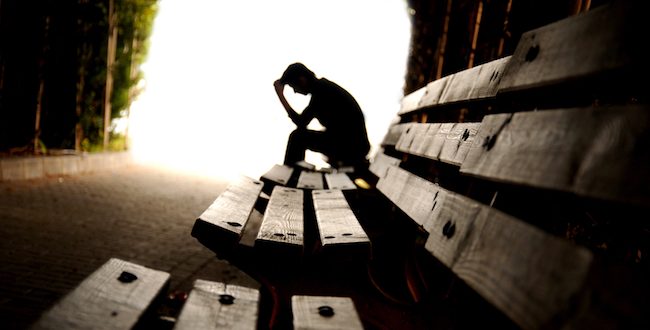 How can people of faith help those suffering from depression, anxiety?

As a disclaimer, I’m not a therapist or counselor. I don’t have special training in mental health, other than a Mental Health First Aid class I took for work several years ago. I do however have many friends and family who have, or are, suffering with depression, anxiety and even previous suicidal thoughts.

The recent suicide of WSU quarterback Tyler Hilinski hit me harder than most news stories. Maybe it’s because I live in Washington and the WSU campus is so close. Or maybe it’s because he was so young and seemed to have so much life in front of him. I can’t be sure. I don’t know the circumstances that led up to his death or the state of his mental health, but it made me reflect on the millions of Americans, especially those in my own millennial generation, who suffer from depression and anxiety. According to the National Institute for Mental Health, an estimated 16.2 million adults in the United States have had at least one major depressive episode. That’s nearly 7 percent of U.S. adults.  Considering the young age of Tyler Hilinksi, I searched for further information about those in my generation.  A 2014 Washington Post column reported that  44 percent of college students had experienced symptoms of depression. It also cited suicide as being one of the leading causes of death among college students. That number is mind-boggling in itself, an epidemic in its own right, and it left me wondering, what more can we as faith groups, friends, and family, do to support those suffering from mental illness.

In all honesty, I don’t know what true depression feels like. Sure, I’ve been depressed about situations. I’ve even experienced traumatic events at my place of employment, which still haunt me to this day given the right set of circumstances, or day of the year. But I don’t know the depth of the emotional turmoil that those with true depression and anxiety suffer on a daily basis. I have however witnessed the sometimes devastating effects of mental illness in those I love and admire.

With people of faith this can become a hard road to walk. There will be people who believe that if the person experiencing depression and anxiety would just be more faithful, they will automatically be able to overcome their illness. For the people with the illness, doubts creep in, and even if they know they are living a faithful life, they begin to wonder if they are doing something wrong to miss out on potential blessings.

My friend Georgia has suffered depression since she was 14, but wasn’t diagnosed until she was 19. I asked her what her thoughts were about the increase in the number of millennials with depression.

“I completely agree that there is a disturbing trend among millennials that seems to suggest that they have more mental illnesses than any other generation. True depression is often confused with normal fluctuation in moods and motivational levels. I even thought this was me at first. The problem with over diagnosing and labeling everything depression is that it becomes a trend. That can harmful to people who actually suffer,” Georgia told me.

Georgia went on, “We want to recognize and help people who suffer, yet in the process, we are almost creating an epidemic. Two extremes in parenting, ‘Suck it up’ and ‘It’s not your fault,’ are part of the problem. We need a happy medium. We need to teach correct principles about human emotion and correct coping mechanisms. Depression is real. People do need help. But young kids and young adults need to be informed and educated about the things they feel and how to deal with it.”

“Bu the key,” Georgia says. “Is education about self. We can show compassion towards someone suffering no matter if they have been misdiagnosed or not. Suffering is suffering. We can be depressed without having depression. And perhaps the only thing we can do to differentiate between the two is not to differentiate. Just help whether it’s an illness or not.”

My friend Dawn related to me that she was ashamed of her feelings at first, and much like Georgia, tried to deny the reality of her depression and anxiety. “When I was diagnosed I almost felt a sense of relief. It put a name to something I was wondering about for months. It also brought a lot of clarity to times going all the way back to elementary school days that I now understand as episodes of depression.”

“Depression and anxiety are frustrating,” Dawn continues. “People don’t accept them for their ugly reality and they treat it like some sort of character weakness. The biggest thing I needed was support and people don’t know how to support you. I didn’t need plates of cookies or special acts of service. I needed validation.”

I asked Dawn if she tried to deny and cover up her anxiety and depression because there was such a stigma surrounding it.

“I wasn’t proud of it at all. I didn’t want family or friends to know. I still find myself being careful with sharing,” Dawn said. “There was a point that I considered the possibility of suffering from depression. I have journal entries that would hint at it. I almost through those entries away and I still have to restrain myself from doing so, because I don’t like reading them and I’m embarrassed at the thought of one day my children reading them.”

It might seem overwhelming, but there are some things we can do to support our friends, family, and church members if they are experiencing these things.

“We need to reassure people that even though we are suffering, the Atonement of Jesus Christ can heal and change us. That fact that it doesn’t seem to be curing our depression, even after prayer and fasting, is not because it isn’t real or we aren’t worthy of it. We need to continue to reassure those suffering of this truth more often,” Georgia says.

We may never find the magic bullet to fix the problem. That doesn’t mean we don’t continue to support, reach out, minister, and love when needed. These things can be the Balm of Gilead to the weary and wounded.

In the end, I think we must heed the words of the late President of the LDS Church, Thomas S. Monson, “Never let a problem to be solved, become more important than a person to be loved.”