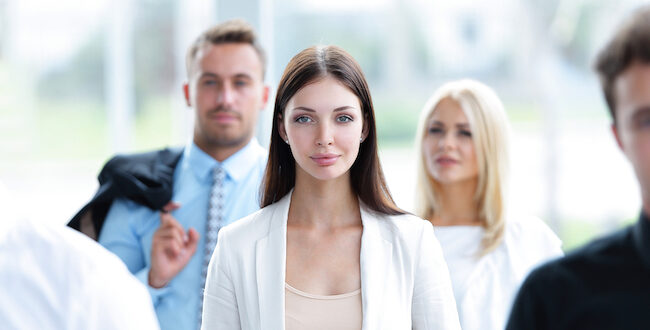 Woman standing out in crown/DepositPhoto

How about just gender equality?

Human beings, regardless of gender, are Homo sapiens. Though the phrase translates literally to “wise man,” it also means “wise human.” That’s where women come in. It’s been long coming, and we’re not there yet. But we’re moving in the right direction.

In March 1776, as the Declaration of Independence was being crafted in Philadelphia, Abigail Adams wrote her husband John at the Continental Congress, encouraging him to grant women more rights: “Remember the Ladies,” she wrote, “and be more generous and favorable to them than your ancestors.” She urged that he “not put such unlimited power into the hands of the Husbands” because “all Men would be tyrants if they could.”

It didn’t work. A hundred forty-four years passed before the ladies could vote, and, though women have now been voting for a century, they remain disenfranchised. A cursory search on “gender inequalities” confirms this.

There were exceptions, of course. New Jersey allowed women to vote in 1797, prompting a sarcastic song ending, “Open wide your throats/ And welcome in the peaceful scene/ of government in petticoats!!!” Voting there didn’t last long.

Women in the workforce

Let’s look at some reasons why “suffering” women to vote wasn’t such a bad idea. With suffrage, women began to move into, and upward within, the workforce in larger numbers. During World War II the percentage of women working outside the home increased from 25 percent to 36 percent.The number of women in the workforce more than doubled from 30.3 million in 1970 to 72.7 million during 2006-2010.

Throughout the 20th century, types of jobs available for women expanded as well. This century saw further advances, with special provisions in the Affordable Care Act mandating a private place for working mothers to express breast milk, and sexual harassment was recognized in law.

“The increase of women in the paid workforce was arguably the most significant change in the economy in the past century,” according to the Harvard Business Review, but it has not occurred uniformly across the nation.

Last year, discussing gender pay gap, the World Economic Forum reported that “successful female-led companies are joining what has predominantly been a boy’s club.” Five women-led tech startups joined the “unicorns” – the billion-dollar valuation club. There had been none the previous three years.

And why not? A headline from the Guardian says it all: “Smashing the patriarchy: why there’s nothing natural about male supremacy.” The article describes how the patriarchal society is a “relatively new development.” It says matriarchal societies may have been “more common in our ancestral communities.”  Humans “are not genetically programmed for male dominance.”

Perhaps we’re returning to our roots. Within the past month, many articles have documented how female heads of state have “handled coronavirus better than their male counterparts.”

The Equality of Women and Men

Our lives are influenced by our culture, which nudges us along paths of least resistance.  Yet, as the examples above illustrate, culture is in constant flux. Changes introduce new choices. We must decide which path to take. Robert Frost’s “The Road Not Taken” describes the dilemma, ending: “Two roads diverged in a wood, and I – I took the one less traveled by, And that has made all the difference.”

We can choose to observe traditional biases carried through generations, or we can view the world through new eyes. The above examples document the secular world’s gradual recognition of gender equality. In contrast, traditional religions are patriarchies, although some are changing.

One religion, the Baha’i Faith, explicitly promotes gender equality in its Scriptures. It asserts that all humanity is one people created by a loving God and intended to live as one family, regardless of differences in gender or appearance.

In the 19th century, Baha’u’llah wrote: “The Pen of the Most High hath lifted distinctions from between His servants and handmaidens, and, through His consummate favors and all-encompassing mercy, hath conferred upon all a station and rank of the same plane.”

In 1919, ‘Abdu’l-Baha, Baha’u’llah’s son and successor, wrote to the Central Organization for Durable Peace in The Hague: “Among the teachings of Bahá’u’lláh is the equality of women and men. The world of humanity has two wings—one is women and the other men. Not until both wings are equally developed can the bird fly. Should one wing remain weak, flight is impossible.”

This requires equal opportunity for all to develop their intrinsic potential: equal nurturing, equal education, and many more social equalities to level the playing field. It requires recognition of wise humans, half of whom are women.

Previous Live Online: Sharing Buddhist Practice During the Pandemic
Next Ways to Keep Your Faith Strong: Tips for College Students