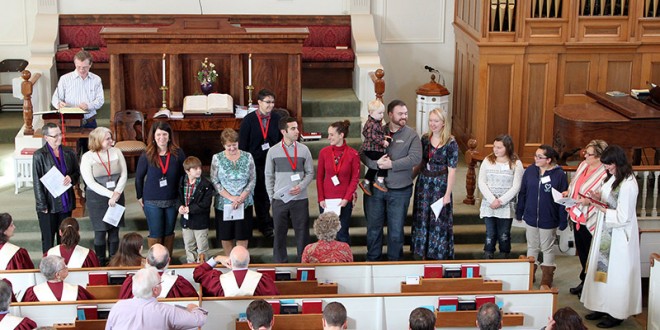 Hospitality Is Key To Church Growth

When Scott Thumma visited the world’s largest congregation, Yoido Full Gospel in Seoul, South Korea, he was blown away by the reception he got.

Three people greeted him when he got out of the cab. One of them became his personal host, finding him a seat, explaining how to use the headset, inviting him to the new-member orientation after the service.

Before he left, his host insisted on buying gifts for Thumma’s children in the church bookstore. The man then offered to take him out to lunch.

“I got the best treatment I had ever gotten by the one church in the world that didn’t need more members,” says Thumma, a professor of the sociology of religion at Hartford Seminary and an expert on megachurches.

The experience made him appreciate why Yoido claims 850,000 members. But it also confirmed his hunch — later supported by a 2009 study — that one reason megachurches succeed is that they are more intentional about welcoming visitors.

Megachurch leaders are keenly attuned to newcomers and eager to embrace cutting-edge business practices, whether it’s giving newcomers gifts or asking them to fill out customer satisfaction surveys.

“It’s part of what makes American religion so rich and vital — the competitive market we have,” says Thumma.

Church leaders who recognize that marketplace and assume worshippers are there by choice are more likely to inspect the church grounds, make sure the bathrooms are clean, and train greeters to be more hospitable.

As congregations compete for a dwindling number of members, at least a half dozen consulting companies have introduced undercover church inspectors who will visit a church and write a report. But the growth of the Internet may have an even bigger impact on churches. These days, everything from restaurants and hotels to doctors and high school teachers can be rated online.

Now, at least two websites rate churches, too. In addition to the British-based Ship of Fools, there is a new American site.

“This will not even be a topic in three years,” says the Rev. Jim Henderson of Seattle, the co-founder of ChurchRater.com. “Everything will be reviewed and rated. You can’t stop it.”

Churches that haven’t thought about how they welcome guests may want to review what sociological studies have found about visitors.

Thumma’s study on megachurches found that 87 percent of megachurch members invited at least one person to services within the past year.

“It’s pretty clear that the vast majority of visitors don’t just walk off the street,” says Thumma. “They’ve been invited by someone in the church.”

A study of more typical congregations, the U.S. Congregational Life Survey, found that, on average, 2 percent of people at church services each weekend are visitors. The study, which analyzed surveys taken by rank-and-file participants at 5,000 congregations, found that a majority of visitors are women, most of whom are married.

At least two-thirds of those visitors have been attending services elsewhere and may be shopping for a new place to worship. Only one of out 10 visitors has never been involved in a worship community.

Both studies suggest church members are the best advertising a congregation can get. Congregations serious about making newcomers feel welcome stand to gain more members.

“If I had a dollar for every church that told me they were friendly I would be a rich woman,” says Cynthia Woolever, the principal investigator in the U.S. Congregational Life Survey.

Unfortunately, she adds, “I’ve been in churches where no one has spoken to me.”

About Insights Into Religion