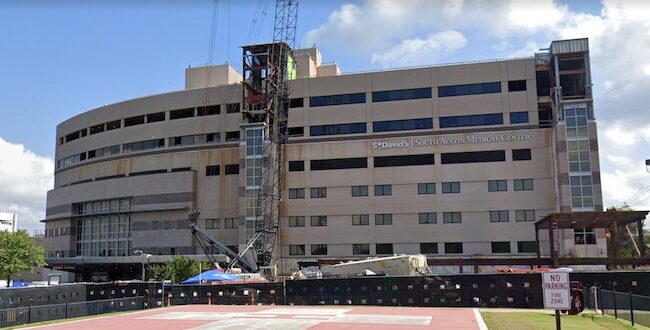 Hospital ends man’s COVID-19 treatment due to his disability

(RNS) — Michael Hickson, a man paralyzed three years ago after suffering a cardiac arrest, died June 11 after St. David’s South Austin Medical Center in Texas ended his treatment for COVID-19 due to his disability.

Hickson, a 46-year-old, Black father of five, was admitted to St. David’s on June 2 after reportedly contracting coronavirus from a staff member at his nursing home. After he spent several days in St. David’s intensive care unit, the hospitaldetermined that Hickson, who has quadriplegia would not benefit from further treatment and he was moved to hospice with the assent of his legal guardian, a local nonprofit called Family Eldercare.

Six days later, according to published reports, Hickson died of illnesses related to the coronavirus after being given morphine but no nutrition or hydration.

But the decision to send Hickson to hospice was opposed by his wife, Melissa, who was engaged in a legal fight for her husband’s guardianship with her sister-in-law.

“They took the (guardianship) rights away from me because I refused to put him in a nursing home,” Melissa Hickson explained in a video, referring to a probate court that had appointed Family Eldercare as Hickson’s temporary guardian until his permanent guardian could be determined in a hearing.

She recorded a conversation in which a St. David’s doctor said, “As of right now, his quality of life, he doesn’t have much of one.”

“What do you mean? Because he’s paralyzed with a brain injury he doesn’t have quality of life?” Melissa Hickson responded.

Melissa Hickson said in her video she was not notified of her husband’s death until the next morning, when his remains had already been transported to a nearby funeral home.

In a statement, St. David’s said: “The loss of life is tragic under any circumstances. In Mr. Hickson’s situation, his court-appointed guardian (who was granted decision-making authority in place of his spouse) made the decision in collaboration with the medical team to discontinue invasive care. This is always a difficult decision for all involved. We extend our deepest sympathies to Mr. Hickson’s family and loved ones and to all who are grieving his loss.”

Family Eldercare did not respond to a request for comment.

Hickson’s death has ignited outrage among right-to-life and disability activists.

Tweeting about Michael Hickson, Dr. Monica Verduzco-Gutierrez, medical director of the brain injury and stroke  program at TIRR Memorial Hermann, a rehabilitation hospital in Houston, said, “#BlackLivesMatter & Black lives with disabilities really matter! There is data that shows less access to rehab and poorer outcomes for Black individuals with brain injury, stroke, and SCI. And we need to see it for what it really is… based in racism & ableism.”

Disability activist Alejandrina Guzman, who is also the people with disabilities constituency organizer for the Texas Democratic Party, tweeted: “Not only is this medical racism and ableism, it is also eugenics. If you’re able to, donate to the Hickson family. #BlackDisabledLivesMatter .” The tweet had over 23,000 retweets and 27,000 likes as of Wednesday afternoon (July 1).

Melissa Hickson is seeking counsel about legal recourse she might take in response to her husband’s death.

“He was murdered,” she  said. “I never had a chance to say goodbye.”

In an interview with The Texan, she said she is relying on strength from God. “I know where he is and that’s the only thing that gives me consolation is that he is with Jesus,” she said.

Previous The Abortion Case: Is Precedent a Faith and Values Issue?
Next Laughter…Not Necessarily the Best Medicine