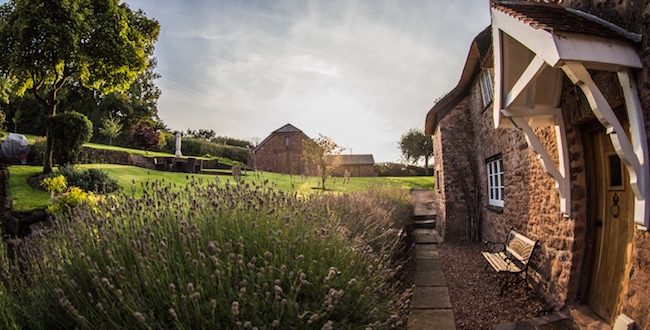 Photo by Margo Brodowicz on Unsplash

This past Sunday afternoon, I heard a knock on the front door of my house. I was home alone after church and dressed for a plumbing project – the utility sink in our basement had taken to dumping water on the floor – and so I went to the door in my rattiest and wettest work clothes. Standing there was a young couple, somewhere in their early twenties, wearing shorts and T-shirts and bicycle helmets, their bikes leaned up against the tree in the front yard.

“I have a totally random question,” said the young man.

“I grew up in this house. And I’m wondering if I could come in and see inside?”

How can you say “no” to a request like that?

And so I invited the two of them in. We shook hands, we told each other our names. The young man was Joe. His girlfriend was Lane.

The three of us started to look around the house.

I watched as an expression of wonder and wistfulness moved across Joe’s face. It was the look of a person remembering something distant and beautiful and sad.

Joe told me that he and his parents and his brother had lived in the house until 2012. And while a season may come in our lives when five years doesn’t seem like an especially long time, it was clear that, for Joe, 2012 was a very long time ago indeed. For him, in that house on that Sunday afternoon, there was a chasm of time between now and then. Watching his almost reverent awe, I remembered my own experience of going to an open house at my old elementary school some eighteen or twenty months after I had graduated and left for high school. I suppose that, for my parents and my old teachers, it felt like I had barely departed. But for me, it was though I were returning to that school after a dusty century away. It wasn’t just that I was young and twenty months felt like a long time: it was that something had shifted in me and, maybe, had shifted in the world since I left.

On Sunday, I understood that something had shifted for Joe as well.

As we walked through the house, Joe began to talk – partly to Lane and me, partly to the walls and the floor and the ceiling around us. He explained that his family’s piano had been in the same place as ours (sometimes a house more or less tells you where to put things). He showed me the railing on the stairs in which he had gotten his head stuck as a child. And he talked as well about what had changed since he had left: how the kitchen was different, how a set of stairs was missing from the back porch, how there was a new window looking into the yard.

At one point, Joe got ahead of Lane and me, and Lane whispered to me that Joe’s family had lost the house when his parents got divorced.

Eventually, we visited all of the house and so Joe and Lane returned to the porch. We shook hands again. And they got on their bicycles and left.

I went back inside and, once again alone, I looked around in the humming silence of our home. It wasn’t any different. But it was totally changed. I understood anew that everything in this world is just saturated with stories, everything is laden with wonder and possibility and sadness and history. For an instant, in the wood and plaster and glass of that house, I saw years and years of laughter and tears and Christmas mornings and suitcases and lamentations and jubilations and meals, meals, meals and phone calls about cancer and going away to school and picking up milk on the way home. For an instant, thanks to Joe and Lane’s unexpected visit, I saw the story of everything.

And then I went back downstairs and fixed the utility sink.

Previous Ask an Atheist: Why do we die?
Next Ask A Buddhist: Suicide and those left behind