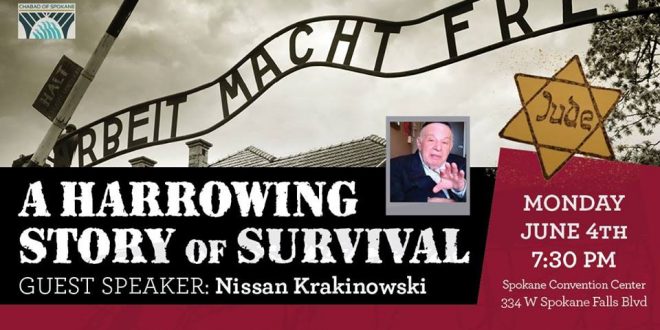 On Monday, June 4, at 7:30 p.m., 91-year-old Holocaust survivor Nissan Krakinowski will be speaking at the Spokane Convention Center. The event is organized and sponsored by Chabad of Spokane.

Krakinowski survived multiple concentration camps including Auschwitz and after the war immigrated to the United States. He and his brother are the only survivors in a family of more than 100 people.

Tickets are $18 for general admission and $50 for preferred seating and can be purchased through TicketsWest here. A small number of VIP tickets are available which include front row seating and the opportunity to meet Mr. Krakinowski.