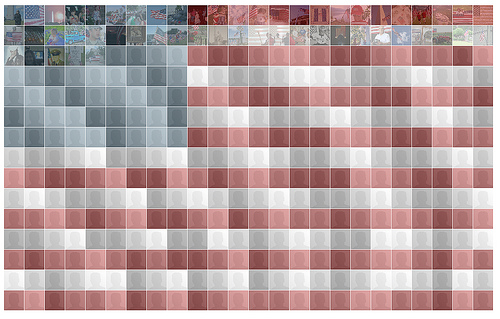 “Hogging all the patriotism”

Someday, when I am The Mother of The Country (or the world, but I don’t want to sound greedy), this will be one of my rules regarding political campaigns: No candidate, or his/her supporters, get to use the word “patriot” to describe people who vote for that  candidate, thereby implying, of course, that those who vote for that candidate’s opponent are NOT patriots. (And I suspect that the slur to the opponent is actually their more important goal).

Now how can I phrase this next thought without being unkind? Those who do use this tactic, hogging all the patriotism to themselves, actually come off sounding . . . (searching for a not-unkind phrase) . . . less intelligent than they probably want to appear to the voting public, which is counter productive to their cause. I'm just saying. For now, anyway. But wait until I'm The Mother.

Diane,
I’m glad the founding fathers chose a different form of government than Mother (or Father) of the country (or the world) ! I had just a shiver of fear run down my back after your last comment. It sounded just a touch less than benevolent..:-)

I’m sure the term patriot gets overused, but I can relate to what the ones who are doing most of the using are getting at. They are feeling more and more afraid that what we used to be as a country is rapidly slipping away in favor of something much less free and prosperous.

To them, I’m guessing, patriot means someone who refuses to just stand there and let it happen. To be specific I mean adherance to the constitution by which we were founded and every politician in office swore and oath to protect. I’m afraid most of them have put the lie to that one.

I suppose you would have to define your meaning of patriot before we could discuss it much further.

Thanks for your comment. I’m glad, too, that Mother/Father government isn’t our form government – totally inappropriate! I’m actually a strong believer in self determination and free will and wouldn’t actually want the responsibility for anyone else’s actions – it’s just a little fantasy I indulge in when particularly disgusted by public behavior.

To me, a patriot is one who loves and supports his/her country. It is arrogant for any one political party or political candidate to claim that the opposing party/candidate is not patriotic; that doesn’t fit with the democratic principles of our country. In fact, that attitude is a step in the direction of less-than-benevolence more surely than my fantasy is.

I would agree with that, except to say that if one party seems to be more aggresively persuing a different course someone needs to speak up. I am not much more impressed with the Republican good old boy club right now than the Democrats but I don’t see many Democrats trying to shake things up by going back to a more honest attempt at living by our constitution. Unfortunately the Tea Party has been trashed by the mainstream media, while Occupy Wallstreet has been given a pass even they behave more like marxist revolutionaries. I don’t think true conservatives or true patriots of either party would agree with our business as usual politics of late.

I know for a fact that both parties have been lying to us about many things in order to keep it business as usual, even though it has us in an unforgiveable economic crises.

How do think a true patriot should be acting these day?

I like to see people talking about their poltical beliefs without deriding, directly or by implication, those who do not share those beliefs. Why does the word “patriot” even need to come into play? State the beliefs; avoid the aspersions. If a person can’t proclaim his/her own beliefs without denigrating other people, either the person or the beliefs are weak.