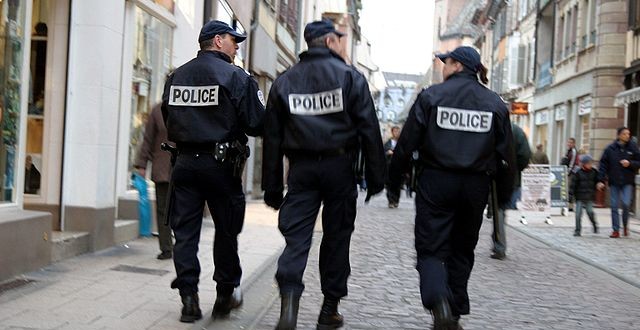 I was taught as a child that the police are there to keep us safe. They come to our classrooms, tell us not to talk to strangers, and dub us honorary officers with adhesive badges. They are heroes that kids look up to and many dream of becoming when they grow up.

There are police officers and veterans in my family. I know well that individual law enforcement officials can be kind and gentle. There are undoubtedly “good apples” in the barrel. Many of those children grow up to enter the police force with good intentions.

Policing is not new and its history is not evil. There are ancient records of attempts “to enforce common standards within a community and to protect it from internal predators.” Those who took it upon themselves to maintain order in ancient societies would rely upon mediation rather than force to deal with conflict.

But in colonial America, early policing systems were established to maintain and control slaves. In 1704, the first official slave patrol was created, and after the Civil War, their responsibilities shifted to enforcing segregation. Later, fear of the influx of immigrants in America in the late 19th century drove police as they strove to deter any destructive influence by Catholics and Italians.

Over time, this fear has shifted into an insulated and often violent police force with the desire to control people who are different at its heart. While the stated goal of police may be to maintain order and protect individuals, it is very specific individuals who receive protection and a very specific image of order that is sought after.

The United States of America (which was created by immigrants settling in a land that did not belong to them) continues to be hostile to immigrants. While slavery may technically have been abolished, white people in America so fear the loss of power that black individuals continue to be targeted by police. There is a direct thread of history tying today’s American police system to slavery and the racist roots of our country.

When Jesus enters the temple in Jerusalem and finds people buying and selling cattle and doves, he becomes angry. He flips tables, pours money out on the ground, creates a whip, and drives everyone out of the temple. Jesus is angry because the temple is meant to be a “house of prayer” but he enters it to find a “den of robbers.” (Matt 21:12-17; Mark 11:15-19; Luke 19:45-48; John 2:12-25)

When something is meant to be a place of safety but shows itself to be filled instead with theft, murder, abuse, and falsity, it is an abomination. When police who are supposed to protect the public use tear gas to disperse peaceful crowds, shove the elderly onto hard cement, and meet pleas for fair and humane treatment of all with excessive force across the country, it is an abomination.