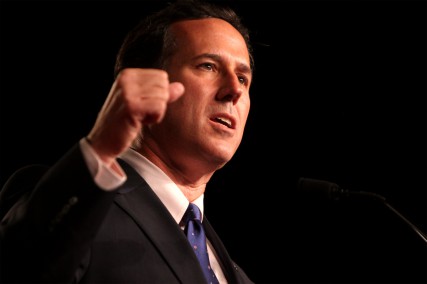 Muslims, Sikhs and Hindus are accusing Republican presidential candidate Rick Santorum of bigotry and ignorance after he said that “equality” is solely a Judeo-Christian concept.

Santorum's comments, Shukla added, “show a profound ignorance of the teachings of Dharma spiritual traditions, such as Hinduism, Buddhism, Jainism, and Sikhism.”

Santorum's campaign did not answer repeated requests for comment. Critics said Santorum — a devout Catholic — not only has his politics wrong, but also his history.

For example, in the Bhagavad Gita, a Hindu scripture, the god Krishna writes, “I look upon all creatures equally; none are less dear to me and none more dear.”

“Indian religions predate Abraham, Jacob and all that Rick Santorum was talking about,” said Sulekh Jain of Sugar Land, Texas, chairman of the International School for Jain Studies. “All souls are equal in every way. All feel pain and all feel pleasure. This concept is deeply embedded in the whole philosophy of Jainism.”

Sikhs, who also trace their religion to India, were equally upset.

“In Sikhism, all human beings have equal status in the eyes of God. No differentiation in status or ceremonies or rights is made between men and women, rich and poor, foreigner and countryman, high caste or low caste,” said Manbeena Kaur, education director for the New York-based Sikh Coalition. “Sikhs have had this belief in and practice of equality as a spiritual mandate long before the political revolutions that brought freedom to America and much of the Western world.”

Buddhism expert Toshie Kurihara argues equality was a foundational teaching of the Buddha.

The Washington-based Council on American-Islamic Relations said it would send Santorum a copy of the Quran, Islam's holy text.

“The Quran is the best refutation of Mr. Santorum's inaccurate and offensive remarks,” said Ibrahim Hooper, a CAIR spokesman. The group cited Quran verses and sayings of Islam's Prophet Muhammad that supported equality. For example, Prophet Muhammad is reported to have said, “All people are equal as the teeth of a comb.”

Previous David Brooks, The Wealth Issue and Bain of Lost Dreams
Next Should same-sex marriage be legalized in Washington?