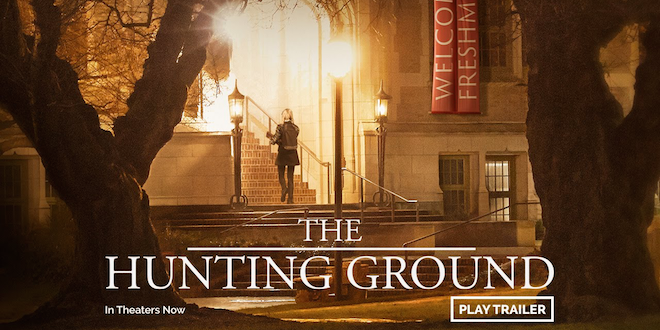 Hey Spokane, it’s time to do something about sexual assault

It’s time to speak up and take action to change things on a cultural level everywhere, in every faith and in every place regarding sexual assault.

Organizations both locally and nationally, as well as leaders in health and prevention of crime, have made it their goal to educate everyone about what to do to raise awareness.

Locally, Lutheran Community Services Northwest, known for their outstanding community foundation for victims of sexual assault, is teaming up with Spokane Feminist Forum, the YWCA, Eastern Washington Women’s Studies and Planned Parenthood to host a panel discussion about sexual assault specifically on college campuses across America after a screening of the critically well-received documentary The Hunting Ground.

The Hunting Ground is a film that shows you exactly why the federal government is now investigating a good 50 campuses at this time because of cover ups and Title IX rules not being followed, let alone the human tragedy in the wake of the consequences.

Now it’s time to talk seriously about how there are a lot of wrong assumptions about what rape is. Cultural changes have to be made, about rape, and that change starts with you and it starts with me. We all have a responsibility to not sit silently by while we listen in our churches and places of faith while the of what leads to rape is laid down and taken for granted.

We have to assert that much of what is being shelled out at the pulpits to shame is just plain wrong.

It is time to read the strong, brave, courageous, fiery and righteous words of the truth, which probably a lot of people don’t want to hear.

It’s time to rip the blinders off your eyes and see the issue clearly, that it’s not about common sense and women or anyone else not being provocative and “asking for it” or not being “modest enough.”

That makes our churches unsafe places to worship and grow.

A lot of us go through this transformation, like the one Sue Monk Kidd did in “Dance of the Dissident Daughter,” when something breaches our awareness that is part of rape culture. In Sue Monk Kidd’s case, she heard two men talking about her daughter in a convenience store saying, “That’s the way I like to see a woman, on her knees.” That broke the floodgates of truth and inner searching wide open, for her.

For many more of us, it’s actually experiencing assault multiple times in our lives.

And, hey, guess what? A lot of us who are raped and assaulted are what you would think of as respectable, good typical nice “girl next doors” who rape isn’t supposed to happen to.

It’s not easy but there are a lot us working for change. Some of us have left churches completely because of the constant language that is wrought with using women as property, or pretending to love their neighbor and have empathy with one side of the tongue and saying rape victims just need to not wear short skirt s with the other, and we’re not standing for it anymore.

It’s not just about blaming victims either. It’s about women saying yes to their own sexual pleasure and that being embraced by everyone and it not being sinful. How many of us have had to sit there and listen to the lies about sex an pleasure that have been scientifically repudiated 100 times over still coming out of the mouth of people in power when it comes to women, because they are insecure and not open to change?

Some of us stay in our various organizations and try to work change from the inside out. Many are women ministers.

We have a right to be angry about what’s going on in the world, and that is righteous anger. And it is time to use that energy to change things.

When a woman talks, instead of trying to pull rank on her, or police her or ignore her just because she is angry, listen. People whose rights have been violated have good reason to be angry and that’s how change happens.

Judgment and trying to tell someone they’re being disrespectful because they’re speaking difficult truths about sexual assault and cultural change needed in our places of worship are simply unacceptable.

If you for one moment believe that rape is inevitable, than you’re a part of the problem. It’s time to start asking yourself the how and whys of your beliefs about rape.

Sexual assault affects so many people’s lives. We can’t pretend it doesn’t exist, or that it exists because some people aren’t good enough or it’s just a sinful world.

There is some great reading for you to do, if you want to be part of the change. I would direct you to “Yes Means Yes! Visions of Female Sexual Power” and “A World wWthout Rape, as well as “Rape Culture 101” by Melissa McEwan.

Then head on over to the Hunting Ground Screening for a great community discussion. And support all of your local organizations making an effort in any way you can, as well as in your own life, to bring about an end to sexual assault in your community.