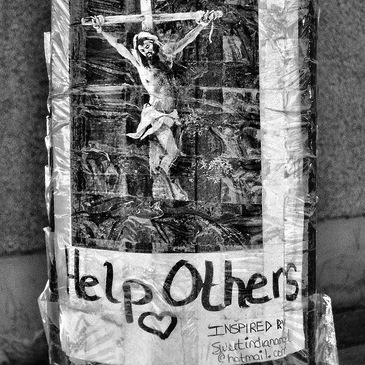 Helping others this Lenten season 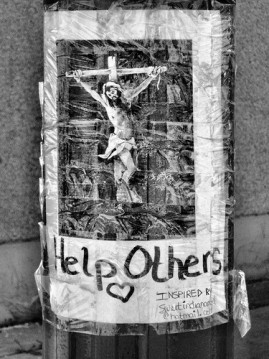 I was not raised in a tradition that observed Lent and, as a result, had very little exposure to the idea of giving something up until I was in high school.  At that point, it seemed as though my friends were just giving up soda, coffee, junk food or candy. It almost seemed like a mid-winter diet rather than a spiritual journey.

This basic (mis)understanding of Lent continued until I began my undergraduate school at Pacific Lutheran University and began attending chapel services.  It was then explained to me — whether accurate or not — that Lent is a time of reflecting on Jesus’ time in the desert, his eventual passion and subsequent death.  Lent is a time of devotion to deeper understanding of both who God is in our lives and the ways we can best manifest beliefs in our lives.

I’ll be honest , I do not think giving up soda or coffee is an effective way to allow God to manifest in our lives. Sorry, depriving your body of caffeine for 40-something days probably will not lead to a greater devotion to God.  If anything, it will lead to distraction based on one’s constant desire for coffee.

Devotion to God should manifest itself outwardly through action. I would argue that, should we deprive ourselves of something we want, the sacrifice should somehow benefit others.

I have an idea.

When we choose to give something up for Lent, what if we take the funds that we would spend on that item and donate to a charity? Or, what if when we choose to give up something that takes our time, we devote the same amount of time to serving at a feeding line, mowing an elderly neighbor’s grass, or getting to know someone who could simply use an ear?

From my standpoint, giving something up (even if it is a bad habit) is best manifested when a good habit or an action that benefits others replaces it. From now until March 30 (when Lent ends) we have the power to make significant and positive differences in our communities and in the lives of friends and neighbors.

And, if all goes well, the new and positive habit will extend beyond Easter (far longer than my ability to give up coffee!).

Previous Is God the missing character in ‘Downton Abbey’?
Next POLL: Are you fasting from something this Lent?