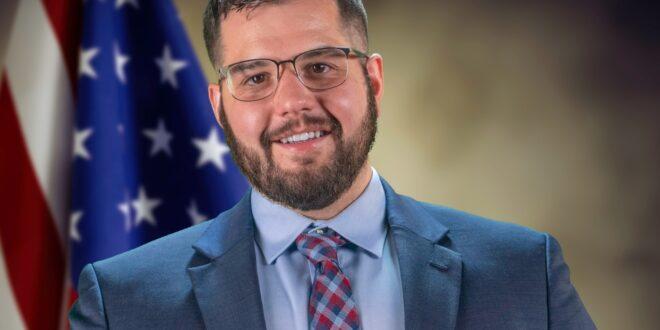 David J. Reilly, who has a history of antisemitic tweeting, is running for school board in Post Falls, Idaho.

A former Pennsylvania radio host with a history of antisemitic and homophobic tweets moved to Idaho last year and is now running for a school board seat — with the local Republican party’s endorsement.

Among tweets posted from David J. Reilly’s account: “All Jews are dangerous” and “Judaism is the religion of the anti-Christ.” Reilly’s Twitter timeline has been scrubbed of antisemitic posts, but some screenshots live on.

Still, a checkmark on David J. Reilly’s photo on the website of Kootenai County’s Republican Central Committee indicates that it vetted and recommended him to serve on the school board in Post Falls, a North Idaho city with nearly 6,000 students and 11 schools.

Reilly is part of a growing movement of far right candidates running for school board seats across the country. Most of them, like Reilly, rail against masking, tolerance for transgender students and teaching about white privilege in public schools.

He’s also part of a recent migration of conservatives from blue and purple to red states, facilitated by real estate companies like Conservative Move and Black Rifle Real Estate. Post Falls’ population of 33,000 has grown by 20% in the past five years, according to the city planner. And 70% of its voters cast ballots for former President Donald Trump in the last election.

“You want to know the difference between back in the 80s and now? When the Aryan Nations were big in this area you saw young men with shaved heads and jackets with patches on them and saw men with sort of a pseudo-Nazi uniform?” said Michelle Lippert, a school board member who works with Citizens for Post Falls Schools, a group working to inform voters about Reilly’s beliefs.

“Today they wear ties and jackets and don’t shave their heads. They don’t stick out,” she said.

A warning from back East

Reilly has drawn particular attention, however, because of his public embrace of homophobic, antisemitic and misogynistic ideas, his widely publicized attendance at the 2017 Unite the Right march in Charlottesville, but also because of the local GOP’s endorsement.

Brent Regan, chairman of the Kootenai County GOP, didn’t respond to requests for an interview, but earlier this month defended the endorsement to a local newspaper, the Spokesman-Review, saying, “I believe that he is a man of sincere faith.” He added that he didn’t believe the antisemitic charges against Reilly, who also did not respond to a request for comment.

Post Falls residents alarmed by Reilly have been aided by a group from Bloomsburg, a Pennsylvania town along the Susquehanna River. Reilly left Bloomsburg after an intense backlash to his activities at the Charlottesville rally.

Bloomsburg Stand Against Hate, with about 500 members, released a statement, and sent it to a Idaho newspaper, warning Post Falls voters that Reilly allowed Unite the Right organizer Jason Kessler on his radio show “to promote the hate-filled rally on-air” and that Reilly attended the event, “where participants marched with torches chanting ‘Jews will not replace us.’”

Reilly told a Pennsylvania television station that he attended the event as a journalist. But his reporting included tweets later reposted by Ku Klux Klansman David Duke and his coverage resulted in nearly $500,000 in pulled advertising from his former station, WHLM.

“When Reilly left our community, he acknowledged himself, ‘not even McDonald’s would hire [him],’” the statement continues. “Please consider if you, the voter, would want to hire Reilly to create policy for your schools.”

Read the rest of the article here.

This article is republished with permission from the Forward, the leading American Jewish publication. Read the original here and sign up to get the Forward’s free daily newsletters of Jewish news and conversation delivered to your inbox.

Previous They’re dying because of a “Terrible Lie,” and we love them still
Next Ask A Hindu: Practicing The Law of Attraction