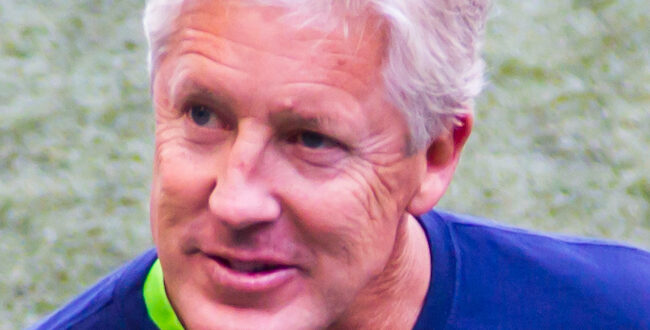 Hanging Together in a Zero-Sum World

“Zero-sum” describes a situation or game in which whatever is gained by one side is lost by the other. Examples abound throughout all sorts of competitions, like sports, politics, business, our legal system, our educational system, and life in general. Oh yes, there’s also war.

Even slogans compete: “Winning isn’t everything; it’s the only thing.” Its opposite is: “It’s not whether you win or lose; it’s how you play the game.”

“Winning is the only thing” has been applied increasingly to political gridlock, religious extremism, and even environmental issues. Polarization is ubiquitous. Extremists subvert moderate discourse with name-calling, “gotchas,” and lies.

Last Saturday was a refreshing exception, perhaps a harbinger of things to come. Pete Carroll, head coach for the Seahawks, addressed systemic racism. He said off-season social issues have provided “deep” and “rich” exchanges with his players “to teach us more and deeper about what the life of a black man is like in America.”

Zero-sum attitudes drive racism. Attitudes may begin with sibling rivalry, but they can culminate in war. They fan the flames of climate change and exacerbate the covid pandemic, both of which extend far beyond national boundaries. The American Revolution required cooperation, putting aside petty differences. We live today on the fruits of that revolution. Yet two centuries later, we have really failed to come together, particularly with respect to systemic cultural racism.

How can we resolve this racism, “the corrosion of which…has bitten into the fiber, and attacked the whole social structure of American society”?[4] How can we go beyond justice to equity? There’s a difference. Laws aren’t enough.

How might we move beyond attitudes that poison us? Can we reach a win-win outcome by finding others interested in “playing the game well”?

“There’s only one way to do this, Carroll said. “You got to do it by caring. You have to care so much and show the love for the people that deserve every bit of the rights to be treated equally and treated fairly and treated straight up honestly.”

We’re all one people, a human family, with infinite cultural and social differences. Recognizing this oneness of humanity is a start. Unified solutions require mutual understanding. They require transcending our own cultural limitations.

Recognizing our own biases, preconceptions, and prejudices, allows us to put them aside. Even people with common interests, but different viewpoints, contend among themselves.

Honestly answering “What do I believe and why do I believe it?” is a great start. It helps us understand our own viewpoints and those of others. Are we ready to dialogue with those whose perspectives differ from ours?

Understanding what another person is saying is not always easy, especially if we’re from different ethnic backgrounds.  Discussion can escalate. Can we look past sarcasm and slurs to understand another’s point of view? Can we tolerate the intolerance of others? Can we recognize our own intolerance? Can we offer the “soft answer” that “turneth away wrath,” or will our “grievous words stir up anger”?

Success requires that we model the behavior we seek in others. Altering our own behavior increases our chances of influencing the thinking of others. Curbing a knee-jerk response to a troll allows us to muster that “soft answer,” turning the other cheek.

Recognizing merit in others’ ideas is the first step toward appreciating those ideas, even though we may not wish to accept or implement them. Consider ideas carefully and courteously. Seek points of agreement.

First agree on facts. Using the internet’s boundless resources to access information, we can educate ourselves and explore the perspectives of others. We can separate facts from opinions, rumors, and speculation. Unfortunately, the internet also provides unprecedented means for finding misinformation, disinformation, lies, damned lies, and statistics. The hard part is sorting out the difference, separating truth from fiction.

But recognizing our own biases makes it easier to filter information. It helps us avoid being unduly influenced by arguments that either support or attack those biases. Thinking independently, we can weigh impartially the merits of opposing viewpoints. It allows us to integrate and synthesize diverse perspectives. Only then can we move toward unified, collective solutions.

Although life’s problems often appear to be zero-sum, most need not be. Unity is as necessary now as it was when, at the signing of the Declaration of Independence, Ben Franklin noted “We must, indeed, all hang together, or, most assuredly, we shall all hang separately.”

It may be even more necessary now.

Previous Spokane private schools wrestle with how to best reach students during COVID
Next What makes someone a hero?