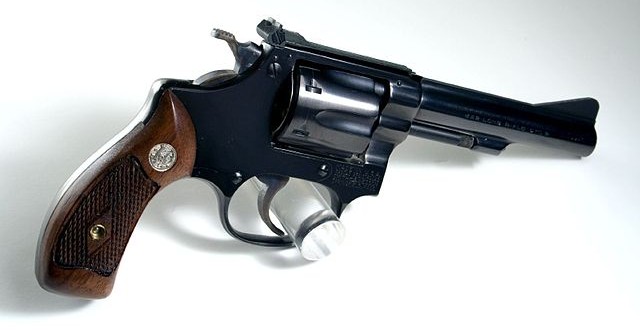 “Jeff Humphrey KXLY captured hhis picture this week of people lining up for concealed weapons permits at the Spokane Public Safety building. A supervisor said they were processing so many, they had to close down early. Stores also posted record gun sales on Black Friday.

Have you made the decision to arm yourself in the wake of these mass shootings?”

This photo and comment on KXLY’s facebook page made me cringe. In the wake of yet another mass shooting, massacre really, here are yet more folks wanting to carry their guns around in public. Here’s the thing, these folks aren’t brave, they aren’t truly thinking about how they’re gunna save some stranger if a mass shooting happens near them, they aren’t wanna be heroes, no, they are scared. Just. Plain. Scared.

Oh, they’ll try to hide their fear under the 2nd Amendment, or dress it up in a black mask with cries of “Heigh Ho, Silver!” and act as if they are everyone’s savior, but really, they’re just scared.

They are scared witless, not taking time to educate themselves about the sociological motivations of the people who commit these mass murders, not educated enough to see that it is our gun-happy society that creates the perpetrators of these crimes, and certainly not educated enough to realize that they will not be any safer if they carry a gun. Lining up like this to get a concealed weapons permit, they show just how scared they are.

Maybe if they could admit their fears, admit their sense of utter helplessness in the face of such inhumane killing, admit that they are powerless over their life, they would see that no gun can keep them safe.

Many people have shared the cover of the NY Daily News, the one lambasting the Republican candidates for their lame response to the shooting at the SAN BERNARDINO CENTER FOR THE DEVELOPMENTALLY DISABLED and calling for more than prayers to fix our obviously broken society, but perhaps prayer is needed. If the people lining up to buy more guns would stop and pray, and pray again, and pray more, perhaps they would realize that they truly are not in control. Down on their knees in prayer, perhaps they would see that the solution is not more guns, but more prayers, more compassion, and more love. Only these will fix our world; guns never will.

Do you think police should have guns?

Or a better question — Do you think ONLY the police and military should be armed?

I think owning guns should be legal, just much more heavily regulated.

Yes, I think trained, armed law enforcement are necessary for an orderly society.