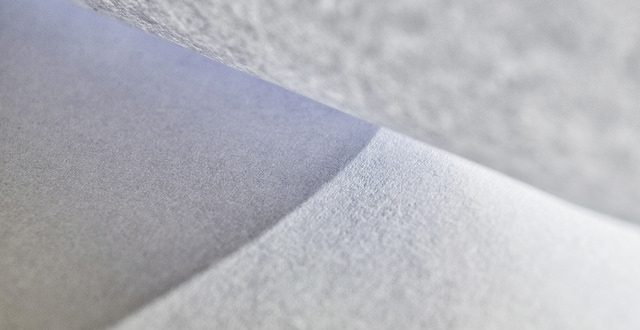 Growing up on the ‘white’ side of town

“White people need to wake up.” In response to all the frightening stories making news concerning ‘New White Supremacy” and rise of the ‘Alt Right,’ I wish to share what life was like growing up in Hayden Lake, Idaho.

Around the time I was born in Coeur d’Alene, Idaho in the early 1970s, a ‘white’ group formed in my hometown called the ‘Aryan Nations’ or ‘Church of Jesus Christ—Christian.’ In this context, ‘white’ could be interchangeable with ‘hate.’

Skin color mattered greatly to the Aryans and Skinheads, but their hatred always found a target regardless if you were lighter skinned or darker skinned.

As a child, I remember the Aryan parades up the road from where we lived. I remember the fear I felt watching these men march through town with expressionless faces looking straight ahead as if heading into battle. A fight they started. A fight they wanted. They never looked anyone in the eye during their parades even though almost every person watching was ‘white.’

As a teen, I remember their leader, the Rev. Richard Butler. He claimed the Christian faith as part of his ‘identity.’ Yet in 1986 his followers bombed the rectory-home of Father Bill Wassmuth at St. Pius X Catholic Church in Coeur d’Alene. Their rationale? Father Bill was active in human rights and participated in a human-rights rally. It didn’t matter that Father Bill was white-skinned. He took a stand against hatred. His home was bombed for it.

I remember the Jewish widower in town named Sid who was raising his son. Sid’s son and my brother were the same age and hung out together. Sid kept a loaded shot gun near his front door because the Aryans were always threatening to kill him. Sid owned and operated a restaurant in Hayden Lake until the Aryan Nations bombed the place, putting Sid out of business. Despite their hatred directed at Sid, they failed to run him out of town.

I interviewed my father, Dennis Williams, to gain a deeper sense as to why Hayden Lake harbored a group like Aryan Nations. My dad witnessed first-hand how hatred manifests itself—not just in our town but everywhere. My dad also became a target of that very hatred when he hired a Hispanic man to work at his paint store.

“I think a lot of times they would say and do things just to let you know they were around,” Dad said.

“An incident that has always bothered me—and when you see something first hand about what they do, it sinks in—we were at the Mill Restaurant in Hayden Lake having lunch. One of the waitresses, Rhonda, was Native American. She was working the till and Butler came up to pay his bill. He laid his money on the counter. She tried to give him back his change.

“Butler said, ‘Put the money on the counter. I don’t want you touching my hand.’”

Rhonda, looking humiliated, put the money on the counter. Dad saw and heard what happened. “I thought, oh my word. I went up to her and said, ‘Next time he comes in, have someone else wait on him. You don’t have to put up with that.’”

Butler spread his propaganda near and far with mass mailings. Whenever one came to our house, it was full of hate speech.

“To tell you how far it goes, Mom and I went back to St. Louis, Missouri for a paint conference. All the waiting staff were colored people. We got to visiting with the waitress and she said, ‘Where ya’ll from?’”

Dad told her that they were from Hayden Lake, Idaho.

The waitress said, “You’re from Hayden Lake? Are you Aryan? Do you hate us?”

“No ma’am,” Dad said. “It’s just a small group of people who spread all that hate.”

The woman was terrified of my parents until they talked with her and reassured her. “We are Christians and we go to a Christian church in Hayden Lake, but we don’t think the Aryans are Christians. That is not the Christ we follow.”

“Can you believe that, clear back in St. Louis? I have never forgotten the look on her face,” Dad said.

My dad recounted the time when Butler came into the paint store.

Butler said, “I want all the red paint you have.”

So Dad sold Butler all the red paint he had, wondering what in the world he was going to do with it. Then came the Fourth of July. My family was downtown Coeur d’Alene for the parade. Aryans were in the parade with their painted swastikas, a float, Butler’s car, wood signs that read “Aryans rule” and “Only saved race”—everything painted red.

Dad thought to himself, “Only saved race?! Christ was a Jew. Have you ever read the Bible?”

Butler hated Hispanics too. He thought of them as ‘peons’ and ‘slaves.’ About six years after buying up all of my father’s red paint, Butler came into the paint store again. My dad had hired Dave, a Hispanic man who had relocated from San Diego. Butler came into the paint store with his bodyguard—a short, overweight, one-blind eye Hispanic man. Dad wanted to say, “What’s wrong with this picture? You don’t want anything to do with Mexicans, but you have this Mexican bodyguard?”

A short time later, my dad came to work early one morning. As he drove up to the paint store, he saw the entire front side of the building covered in graffiti—spray painted red for all to see. For my dad to see. For Dave to see. Swastikas. Derogatory slogans, including one that read, “Pig lover.”

Dad cleaned it all up and repainted the front of his building.

Then one day, an anonymous person called the paint store. My dad answered the phone. A voice said, “We are going to put a bomb on your place there.”

“Well, who is this?” Dad said. The person hung up on him. Fortunately, the bomb threat was never carried out.

“In the end, their hatred was their undoing,” Dad said. He is referring to the $6.3 million judgment from a lawsuit that cost the Aryan Nations their twenty acres of land where they had their compound.

As a young woman, I remember seeing Butler for one last time toward the end of his life. It was at Arby’s in Hayden. People stopped and whispered, “There’s Butler.” He looked miserable from the two cancers he bore: the one eating his body and the one eating his soul.

“The sad thing is Rev. Butler had a high IQ. He was very intelligent. He turned to hatred. He moved here from California and started a hate group. There were hate groups and still are hate groups throughout this country. There is no changing their mind. They are set in that hate until the day they die. How they can study Christ and end up like that, I just don’t know how that happens. That’s not our Lord,” Dad said.

The day of the graffiti on the front of the paint store, Dave saw it. Dave knew of the bomb threat. Dave said to my dad, “They won’t do anything to me. I grew up with different people hating me my whole life.”

Dave came from San Diego. My dad came from Kellogg. I asked Dad if he thinks Butler chose this area because he could find a lot of hateful people here. Dad said, “No, it was probably for the land. Growing up in this area, there were a lot of different people from Germany, Italy, Poland, Mexico. We joked around with each other and made fun of each other, but there wasn’t any hatred toward any one people group.”

In a recent sermon, our pastor touched on President Trump’s executive order and the refugee crisis, and most important, how to respond as Christians. Pastor Craig Goodwin reminded us that “we all start from a humble place.” It follows that I cannot ignore the distinction that begs to be made between humility and humiliation as the latter gains momentum.

I grew up ‘white’ in a predominantly ‘white’ town in Northern Idaho. So did my father. But our true identities as followers of Christ start from this place of humility that Pastor Craig preached about. Humility doesn’t translate into silence or inaction. As my father put it at the end of our interview, “I’m not going to be intimidated. All it takes for evil to keep doing its thing is for good people to do nothing.”

“White people need to wake up.”

And the church needs to wake up, because if humiliation and hatred are everywhere, then great is the need for humility and love.

Thanks so much for this, Lace! I think the Jewish community has been thinking more about the recent history of the Aryan Nations in this area, especially since the hate-mongering in Whitefish, MT.

Thank you, Neal. I heard the NPR story on Whitefish, MT. It troubled me. It’s refreshing to know we can stand together to protect one another from targeted hatred.