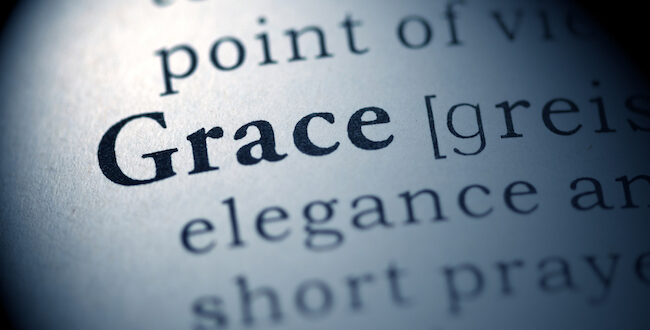 Grace is the Antidote of Distrust and Division

Abraham Lincoln said, “A house divided against itself, cannot stand. I believe this government cannot endure, permanently, half slave and half free.”

No truer words can be spoken today when one surveys our nation and the polarization that marks our communications. I imagine rewriting this today to say, “I believe the government cannot endure, permanently, half democrat and half republican.” To mean, we cannot stand as two separate peoples divided in our politics and news sources unless we move toward a tolerant middle that promotes freedom for all and a well-informed citizenry. (Please don’t misunderstand, I am in no way minimizing the evils of slavery by putting it on par with our current polarization. I only aim to use this as a framework for my piece.)

While I am distressed over this division and distrust today, I know it’s not a new phenomenon and that there truly is “nothing new under the sun” (Ecclesiastes 1:9). For example, I remember watching Ken Burns’ and Lynn Novick’s Vietnam War documentary and being taken aback at the divisions that were everywhere apparent over our place in the war. Frankly, one can look at the Civil War, which was to happen soon after Lincoln’s house divided speech, and say that that was the most divisive time in our history, when more American soldiers died than in “both World Wars, Korea, and Vietnam combined.”

Americans have always had an intimate and often tense relationship with whom they disagree. I think its root is our individualistic and independent history and our “pull-ourselves-up-by-our-own-bootstraps” kinds of achievements. We are more apt to think of ourselves as separate beings than as part of a collective whole. It’s part of our cultural DNA. This can be both good and bad, depending upon the situation.

Today, I venture to say this part of our DNA is hurting our culture and taking us further away from gratitude for what we have in one another and moving us toward a demeaning kind of thanklessness toward one another. This ingratitude often produces an accusatory lens through which we view others who are not like us. And we see the consequences of this daily, from the news we ingest to the social media feeds we can’t seem to break free from. And the results aren’t pretty.

Bear with me a bit here, as I’m going to share something from my faith tradition to explain how I have begun to understand this ugliness I see in our American discourse, even within church houses. There is a character in the Bible whose name is Satan, which literally means accuser. In various parts of the Bible, he is an angel in Heaven standing before the throne of God and accusing his people of their sins and failings. We see this in the book of Job, possibly one of the earliest stories in the Bible, all the way to Revelation (Revelation 12:10).

His purpose is to draw attention to our wrongs before God. He wants to show God how that we are too fallible to use, too inconsistent to rely on, and too full of ourselves to ever be good. And, from my biblical framework, he’s not wrong.

See, the story of Scripture is all about God using broken people for his divine plans. While he tolerates Satan’s accusations for now, the Bible teaches that there is a time when those will end (again, Revelation 12:10).

In tying this to our current climate, I cannot tell you how often I hear similar accusations that I’ve read come out of Satan’s mouth in the Bible, coming from the mouths of my own countrymen, my fellow Christians, and even myself. These accusations are damning, cynical, angry, self-righteous, and mean toward others who think differently.

They may have some truth, but they do not represent the whole truth. Many even rest on conspiratorial points of view that are based on suspicion rather than fact. These accusations only want to ignite conflict on par with the Civil War rather than look for ways to keep peace within our differing points of view. They are awful, and they have done much damage to our discourse and our trust of one another.

In the Bible, God’s response to Satan’s accusations is always grace toward the accused. Similarly, the main antidote I see for our current climate of distrust and division is that same grace.

Grace is the Way Forward

Philippians 2:3-4 says, “Do nothing out of selfish ambition or empty pride, but in humility consider others more important than yourselves. Each of you should look not only to your own interests, but also to the interests of others.” I understand this is directed to Christians and their unity within the family of God. But, let’s believe for a minute that there is something all Americans can glean from this text.

I’m not naïve to believe that we are all going to agree on everything in the future nor do I think we should necessarily. I am saying a little grace will go a long way to creating a culture in our nation that thinks more highly of others than we do ourselves. Not only that, but we will begin to look to the interests of others as we do our own.

Only then can the walls of our distrust be exposed for what they really are—empty vanities created by our pride just waiting to be torn down by “us” through gracious words and actions toward the “them” on the other side.

These days more than ever, we find ourselves caught up in talk of an alleged conflict between science and religion. This has been dramatized by the controversy around the issue of wearing a mask.