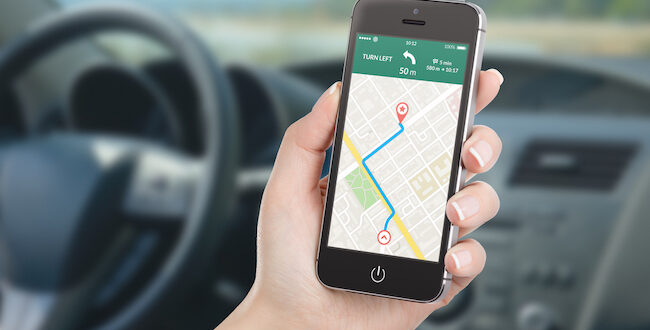 GPS and Other Invented Mothers

GPS and Other Invented Mothers

“I can’t believe you made it here without a GPS,” said our son when we arrived at a motel to attend the college graduation of our granddaughter.

“Why are you always looking at your GPS?” I asked my brother as he drove us around roads where we had spent our summers growing up.

These two episodes from recent travels illustrate how dependent many have become on GPS, the Global Positioning System first developed by the military. Now it seems to have become yet another necessity in our domestic pursuit of happiness.

There is doubtless some truth to the old proverb, “Necessity is the mother of invention.” The perceived need for something spurs our inventive mind, leading to the development of many useful products. Yet the opposite is also true: “Invention is the mother of necessity.” We grow as dependent on our inventions as babies are on their mothers. What is first a luxury, a fascinating new technology, becomes a necessity. We can’t live without it.

What is lost when we become dependent on GPS and all those satellites zooming above us upon which it is dependent? Our ability to see what we see? Our need to remember where we are going ,where we have been, and how to get back home?

So I’m feeling rather smug that I have not yet lost my mind to GPS. But then I have to acknowledge that when I drive to distant places I rely on an older technology: the road map! Thanks to Rand McNally and the AAA, my wife and I set out on our journeys with lots of physical guides; the door pockets of our car are stuffed with regional, state, and city maps from previous trips and for the current one.

This old technology also undermined memory, and the need, the ability to read the landscape, the night sky, the path of the sun, the flow of the river, the moss on the trees. Also gone is the need to ask directions from locals, to connect with strangers.

If our car is stuffed with maps, our home is over-stuffed with books, perhaps the greatest under-miner of memory ever invented. Book culture replaced oral culture, in which people had enormous memories because they had to in order to survive and to sustain their connection to their past and to one another. Books may have advanced individualism but at the expense of collective understanding.

All invented mothers, no matter how now necessary, how wonderful, extract a price for our dependence on them.

Are religions and their institutions also invented mothers? Many Christians belong to a Mother Church, who has sustained Christian traditions for millennia, who nurtures and guides believers. Believers have been willing to forego self-pride in devotion to her and perhaps also openness to the perspective of other religious mothers, depending on the century.

Religions may be human inventions, but what of the mother and father gods worshiped by devotees? In the Greco-Roman and Judeo-Christian-Islamic traditions, Zeus-Pater and Father God are particularly potent characters. They were necessary for the creation of strong political and cultural identities.

The historical prophet Jesus, who is definitely not an invented mother, depended on a God whom he referred to in Aramaic as his Abba, as children would their father. In the name of this God he challenged many of the oppressive cultural traditions and political practices of his day, and of our day too. He reminded those who had ears to hear that this God is love, that the love of God and the love of neighbor are one, and that we should be a neighbor to everyone in need throughout the world.

The teachings of Jesus, I posit, still provide an invaluable Global Positioning System.

Previous Jesus’ earthly dad, St. Joseph – often overlooked – is honored by Father’s Day in many Catholic nations
Next A Unified View of Creation