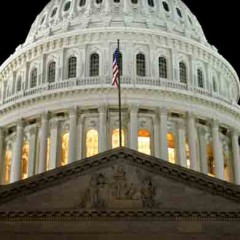 Greg Erlandson, publisher of Our Sunday Visitor, laments that the shutdown mess has drowned out attention to a real disaster — waves of killings of Christians abroad.

The killing of Christians can’t hold a candle to panda cubs and Congressional posturing, unfortunately. http://t.co/ew5ZndFxx5

No #shutdown for the true #Church: providing an abundance of saving grace at every holy #Mass. #Oremus

A group of liberal Christian leaders blasted the Tea Party over the shutdown, reports David Brody of CBN.

Dear Politicians: PLEASE WORK TOGETHER! ~ Every Single One of Us

Some pastors, including Otis Moss III and Jamal Bryant, criticized the Tea Party.

Gov. Decided to shutdown b/c the wealthy tea party is in town. Sr’s will miss checks, the mailman too is this the world Cantor has 4 u?

Dear Lord today shut DOWN the tea parties treasonous attempts, the republicans arrogance & the plot against the poor!

Maybe we can #shutdown the #IRS permanently as the agency has proven it is incapable of self-correction, honesty and lost trust of America

Wow, congress isn’t taking the end of “Breaking Bad” very well at all.

The Twitter talk earlier was that the panda camera at the National Zoo would be shut off during a shutdown. Writer Amy Sullivan finds that preferable.

Pandas thank Congress for saving them from creepy stalker-cam.

Pro tip: If the government doesn’t have to go to work anymore, neither do you. #winning

And God decided to weigh in.

America is now closed. We apologize for the inconvenience.

Previous Materialism vs. morality
Next POLL: Do you believe in the Virgin Birth?