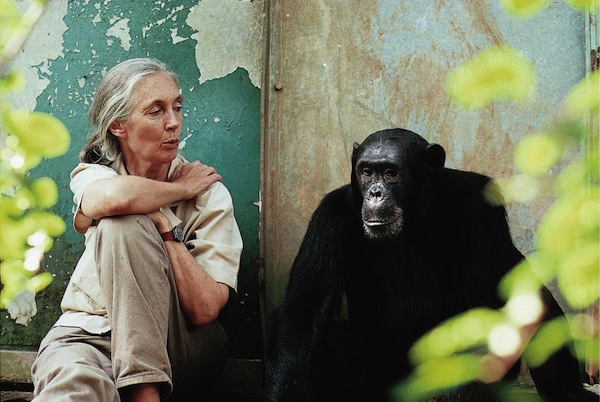 Dominion is such an ugly word.

It screams power, control, supremacy — words that don’t fall gently on the ears. Yet in Genesis 1:26, that’s exactly what God grants us — dominion.

In Jane Goodall’s lecture at Gonzaga University on Tuesday night she said human beings, the most intelligent creatures on earth, are destroying the planet.

Pollution, over fishing, green house gasses, pesticides, genetically modified crops and animals, fossil fuels, factory farming — all signs, she said, of humans battering the earth, or to put it another way, abusing the power we have over it.

But this isn’t the dominion God intended.
Dominion (radah in Hebrew) comes to us in a softer, kinder way in Psalms 72.

It starts in verse 8: “May he have dominion from sea to sea, and from the river to the ends of his earth,” and is defined beginning in verse 12, “For he delivers the needy when they call, the poor and those who have no helper. He has pity on the weak and the needy, and saves the lives of the needy.”

Dominion, you see, doesn’t mean “to dominate,” it means to take ownership of.

You take pride in it, preserve it, care for it.

Goodall has been advocating this for decades, though her approach hasn’t necessarily been a theological one.

To her, “helping the weak and needy” is connected to conserving the land. How, she asked, can we help the chimpanzees — who have proven to be emotional, intellectual and compassionate, just like humans — if the people living nearby are in poverty?

Through programs like Roots and Shoots and the Jane Goodall Institute she’s worked to bring educational, health and economic programs to Africa — which in turn helps the environmental surroundings.

If you’ve been to places like Africa, or Haiti or Yemen, you probably looked away from Goodall when she called us out for “stealing the planet away from our grandchildren,” because you know how nauseatingly wasteful we are here in the states.

She still has hope for our future and made many cases why she feels that way. Her best reason, though, was her trust in “the brain.”

As intellectual beings, Goodall said, we have the ability to think about how our day-to-day decisions will affect our tomorrows, and the tomorrows of those people, animals and landscapes we’re responsible for.

The easy solution is to recycle, don’t run water when you don’t need to, don’t leave lights on when you’re not in the room, don’t litter — all the things mom taught you. The harder things, though, take practice and that was Goodall’s challenge to us. Compost. Don’t eat meat, or at least get behind things like meatless Mondays. Walk or ride your bike when you can. Buy cage free eggs, even though they cost more. Think about what you’re wearing came from, and the hands that made it. Put the earthworm back in the grass after a rainstorm.

Those are things that separate us from dominating this earth, and simply being good stewards.