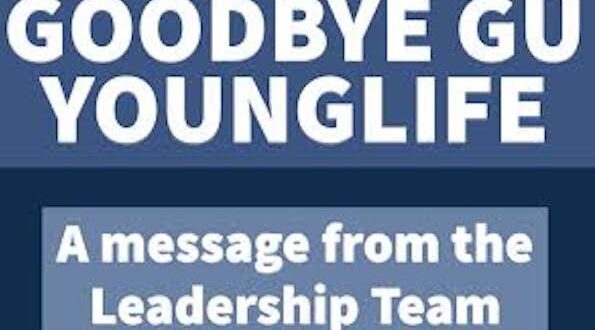 In late summer FāVS reported about YoungLife, the popular youth ministry. It had come under mass scrutiny for their sexual health policy, which states that queerness is considered ‘unhealthy sexuality’ and therefore unqualifies any queer folk from having a leadership role with the organization.

On Instagram, @dobetter_younglife posted an open letter to YoungLife on June 8, urging the organization to do better on behalf of marginalized communities if they truly wish to represent the central message of the Gospel.

“It is imperative that we address the pain of those who have been disenfranchised by an organization that claims to have room for all people. Young Life must do better if it wants to clearly represent the core message of Jesus’ life, death, and resurrection,” the letter said.

The account was filled with submissions all summer, which are still rolling in, of marginalized folks sharing their experiences of not feeling all the way ‘in’ with YoungLife.

As a result, on Sept. 17, Gonzaga YoungLife (@guyounglife on Instagram) officially announced they were disbanding.

“As a collective leadership team, we say goodbye to GU YoungLife today. We have so loved our time together, but have decided that we can no longer stand with this organization in its current state…” said the post’s caption.

The leadership team included a link with an open letter to the Gonzaga YoungLife community, where they explicitly cite the organizations sexual health policy, and their refusal to rethink this policy, as the reason for disbanding.

“As a leadership team and a club we believe that every person is created in God’s image. We also believe that the ways a person identified, whether based on sexuality, race, ethnicity, nationality, gender, ability, or socioeconomic status, are integral to their worth and beloved by God,” the letter said.

Gonzaga’s YoungLife area director quit several weeks ago due to the controversial policy, according to Emilya Ramsey,a rising senior at Gonzaga University and a former YL volunteer leader.

“After [he] quit, there was this kind of just unspoken agreement that YoungLife was not gonna be on Gonzaga’s campus anymore and that, ya know, this is something that all of us (the Gonzaga YL leadership team) — like none of us felt like we could support or stand behind anymore,” Ramsey said.

The student leadership team decided after their area director quit, that they needed to come out with their own statement, explaining why the club wouldn’t be active on GU’s campus anymore, and publicly denouncing YoungLife’s policy.

The collaborated on the letter, and after working on it for a week, they posted it on Sept.17. Ramsey was astounded at how fast the post and letter spread: the GU YoungLife instagram page only has approximately 400 followers, but by that evening the post had over 3000 views because @dobetter_younglife had reposted it.

“I think it’s a really big deal. Our area is the first area to disband because of this policy, or to explicitly come out and make a statement about the policy and say that we don’t agree. No other areas have done that directly, and so I think that’s huge for YL in general, and very representative of… a lot of the people who are on the ground in YL who are, ya know, who don’t agree with this policy and want to see change but aren’t seeing change from the top, and so they’re choosing to make change from where they are,” Ramsey said.

The post on @guyounglife received 46 comments from both queer folks and allies, affirming the club’s decision to disband.

“Personally, seeing all of the comments from students at Gonzaga, and especially seeing comments from queer students at gonzaga was really amazing, and just proved to me how much this matters even more than I already knew, and to see students commenting that they’ve never felt more accepted by a christian organization or by the church. That’s huge. That is the change we wanted to enact, and that’s like the broader vision that we have for our faith in general and what the mission of Jesus is, is bringing that love and justice truly to everyone, and not letting that be conditional in any way,” Ramsey said.

The hope, for Ramsey, is that other YoungLife areas will follow the lead set by GU; and that this decision would send a message to the YoungLife organization, pressuring and encouraging them to rethink their theology and its impact on folks.

Previous Importance of Ethics in Human Lives
Next Ask An Eastern Orthodox Christian: What is Your Church?