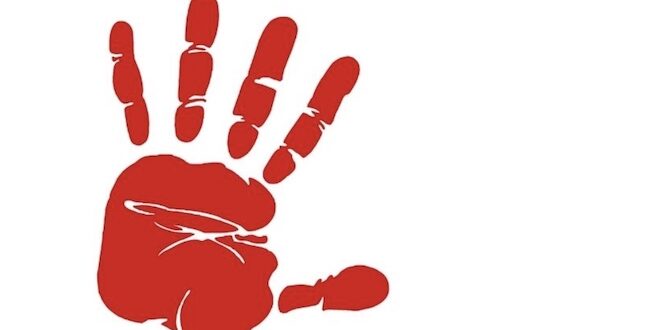 MMIW Art Show: No More Stolen Sisters will be at Gonzaga University this month

This article has been udpated.

This month, Gonzaga University will be holding an art show dedicated to raising awareness to the ongoing issue of Missing and Murdered Indigenous Women (MMIW) throughout the country.

Jeff Ferguson, guest curator of the art show and member of the Spokane Tribe, said the kinds of art attendees will see include video, acrylic and oil paintings, and a dress that has been 20 years in the making.

When the university reached out to him to do the event, Ferguson said the art show didn’t have a theme and they let him decide what it would be.

While looking at the space for the gallery, Ferguson said he got the idea for the theme to be about MMIW when a train went by. There were two movements he wanted to focus on; the Land Back movement and MMIW.

With MMIW, he said the train made him think about the issue of human trafficking in the state and the ways people are trafficked.

“Missing and Murdered Indigenous Women is something that has been an issue people think about and they think it’s new,” Ferguson said. “It’s not a new issue, it’s something that’s happened in this country for 500 years.”

Ferguson said he hopes the event will open people’s minds and remind them to say something if they see something. He added that people reaching out for help should be listened to and not disregarded as being overly-dramatic or making things up.

“We live in such a vulnerable time,” he said. “Human life is so sacred and it’s being bought and sold all around us and literally underneath our noses.”

Out of the thousands of open and unsolved cases of MMIW throughout the U.S. and Canada, 107 are in Washington state with 17 from Spokane and the surrounding area, according to Washington State Patrol.

Indigenous people make up less than 2% of the U.S. population and Ferguson said they are swept under the rug repeatedly.

“We’re all real people and we’re still here. We didn’t magically disappear at the Bicentennial,” Ferguson said. “Just because this land was colonized doesn’t mean that the original inhabitants are gone.”

The art show will open on Friday at the Gonzaga University Urban Arts Center. The university said it will run from March 4 – 26.

The full list of participating artists and other information regarding the art show can be found here.

Previous Ukraine: People, Power & Politics
Next Ask A Member of the Church of Jesus Christ of Latter-day Saints: Purpose of Life