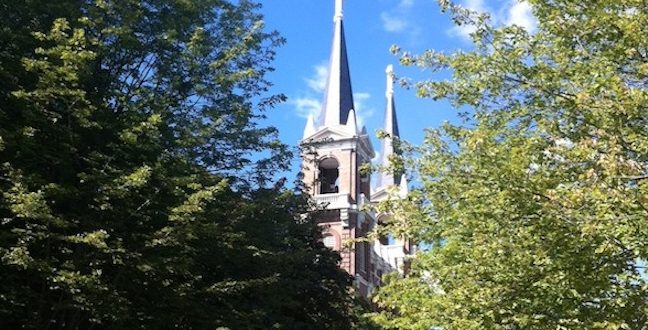 According to the Commission’s webpage, it was formed in 2019 to identify, discuss and make recommendations regarding formal actions the university should undertake in response to the clergy abuse crisis in the Catholic Church, particularly, in light of the priests with credible allegations of abuse who had ties to Gonzaga – including those who once lived at Cardinal Bea House.

“I’m deeply grateful for the time and reflection that the Commission devoted to this important and complex issue,” said Gonzaga President Thayne McCullo in a press release. “My hope is that this document guides our decisions and actions as we demonstrate our solidarity with victim-survivors, deepen our understanding of the systemic abuse within the Church and its far-reaching impacts, work together as community to address and where possible repair broken trust, and advance the apostolic and educational mission of Gonzaga University.”

Gonzaga has already moved forward on several recommendations. In September, 2020, the university renamed and rededicated the former Center for American Indian Studies as the sčintxw Native American Cultural Center. The Salish word, pronounced s-CHEEN-t-wh, describes a place where Native students can feel at home. This fall the University will commemorate the one-year anniversary of the Center with a forum to hear from and amplify voices of Native students.

The Commission also recommended the establishment of a fund dedicating $10,000 annually for faculty research and scholarly activities related to the topic of sexual abuse in the Catholic Church. After receiving the report, McCulloh adopted the recommendation and approved a minimum of $15,000 for the new Social Justice & the Catholic Sexual Abuse Crisis Fund. Beginning this academic year, faculty may apply for a grant for independent research, bring scholars to campus, or generate other collaborative engagements.

Additionally, McCulloh has authorized a University steering committee recommended by the Commission to ensure successful implementation of the report’s recommendations. The steering committee will be informed by working groups to include faculty, staff, students, and other community representatives.

Previous Allocating Scarce Resources in the Time of Covid: Who Shall Live When Not Everyone Can Live?
Next A High Holidays Letter to Rabbis Trying To Meet Congregational Needs During The Pandemic