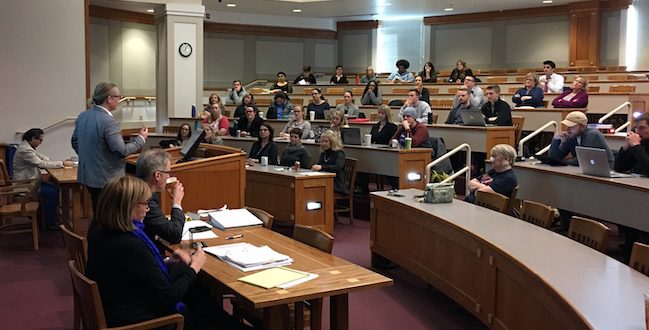 According to a press release, faculty experts in the areas of constitutional law, immigration, refugees and asylum, and international law will address the legal issues surrounding the executive order, including status of the 9th U.S. Circuit Court of Appeals’ Feb. 9 decision refusing to reinstate Trump’s ban. The three-judge panel declined to block a ruling from U.S. District Judge James Robart in Seattle that suspended the ban.

Previous What Is A Realistic Approach To Social Media And Technology for Congregations?
Next Ask a Jew: Is the term “Jewess” ever appropriate?