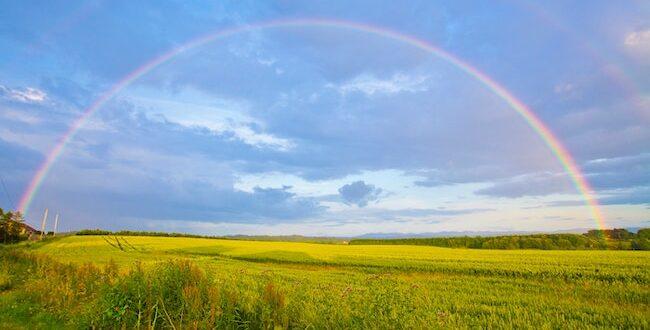 Photo by Stainless Images on Unsplash

What’s the likelihood of God speaking again? Given millennia of division among religions, chances seem slim. Yet the thread of similarities among religious scriptures suggests a single Voice.

God’s enduring promise, His ancient Covenant, imbues sacred teachings from the earliest recorded beginnings in western traditions. It begins with the Old Testament and is reiterated and amplified in the New Testament, the Quran, and most recently, Baha’i Scriptures.

At its simplest, any covenant is an agreement between two parties, usually associated with reciprocal behavior. Understanding about Biblical covenants varies. Many Christians consider the first record of this Covenant to be that between God and Adam, renewed successively with Noah, Abraham, Moses, and others throughout the Old Testament. In the New Testament, “The biblical covenants form the unifying thread of God’s saving action through Scripture, beginning explicitly with Noah and reaching fulfillment in the new covenant ratified through…Jesus Christ.”

The Quran (Surah 2, verses 36-66) reinvigorates that traditional Covenant. Recounting the story of Adam, Muhammad describes God’s mercy in a tone different from that of the Old Testament: “On earth will be your dwelling place and your means of livelihood for a time.” Muhammad continues: “Then learnt Adam from his Lord words of inspiration, and his Lord turned toward him, for He is Oft-Returning, Most Merciful.”

Muhammad, speaking for God, then recalls the ancient Covenant: “O children of Israel! call to mind the (special) favor which I bestowed upon you, and fulfil your Covenant with Me as I fulfil My Covenant with you and fear none but Me.”

Man fulfils his part by striving for the righteousness mandated in all scriptures: “Those who believe (in the Qur’an) and those who follow the Jewish (Scriptures) and the Christians and the Sabians and who believe in God and the last day and work righteousness shall have their reward with their Lord; on them shall be no fear nor shall they grieve.”

This Covenant promises that God will never leave man alone, yet man must uphold his part, described variously through scriptural guidance, and summarized in the Golden Rule. These mandates are renewed by Baha’u’llah in his dispensation, but with unique features relevant for today.

The Dispensation of Baha’u’llah

Religions before Islam had virtually no authoritative written records. Scripture arose from hearsay of eyewitnesses and others. Eventually those oral traditions were transcribed, often embellished, and translated into other languages. In contrast, the Quran was transcribed in Arabic directly as Muhammad spoke. Islamic teachings in the Hadith reflect a “narrative record of the sayings or customs of Muhammad and his companions,” similar in origin to Biblical texts.

The Baha’i teachings are based on handwritten records of two manifestations of God, The Bab and Baha’u’llah. The Bab prepared his followers to accept Baha’u’llah, who is considered by Baha’is as fulfilling earlier religious promises of One who will usher in an age of peace and justice.

Scholars can study those original Scriptures in Farsi and Arabic to ascertain their authenticity and accuracy of translation. This is unprecedented in religious history. When Baha’u’llah died, his handwritten Will appointed his eldest son ‘Abdu’l-Baha as sole interpreter of his, Baha’ullah’s, own writings. Again, unprecedented.

When ‘Abdu’l-Baha died in 1921, his handwritten Will and Testament appointed his grandson as “Guardian” of the Baha’i Faith, with authority to interpret the scriptures. He also provided detailed instructions for creating an administrative order to direct the course of the Baha’i Faith into the future. Because of that document, no individual Baha’i today has any personal power. Desire for such power has often been the source of schisms in past religious dispensations.

The first official reading of ‘Abdu’l-Baha’s Will and Testament occurred 100 years ago today in Haifa, Israel. That document, and associated events, represent an ironclad renewal of God’s Covenant. Because of his unique role, ‘Abdu’l-Baha is considered the “Center of the Covenant.” Baha’is believe that this Covenant renews the ancient promise, described above, that God will never leave man alone.

From the outset, individuals have tried to wrest authority, even from Baha’u’llah himself, but none has been successful. Future attempts will likely diminish, as the Baha’i Faith continues to develop and become more widely established globally. This Covenant guarantees authentic interpretations of the Word of God for this day, thus also guaranteeing there will be no schisms within the Baha’i Faith.

The day that shall not be followed by night

During Baha’u’llah’s exiles, He wrote tablets to leading contemporary rulers and clergy proclaiming His station and its significance. His revelation shall last, he wrote, “until the Day that hath no end in this contingent world. It shall endure so long as God…shall endure. For the Day of God is none other but His own Self, Who hath appeared with the power of truth.

“This is the Day that shall not be followed by night…”

Previous Ask An Atheist: Do You Avoid Holidays?
Next Ask An Eastern Orthodox Christian: Icon with Three Angels