Home / Commentary / God is with us in the grief 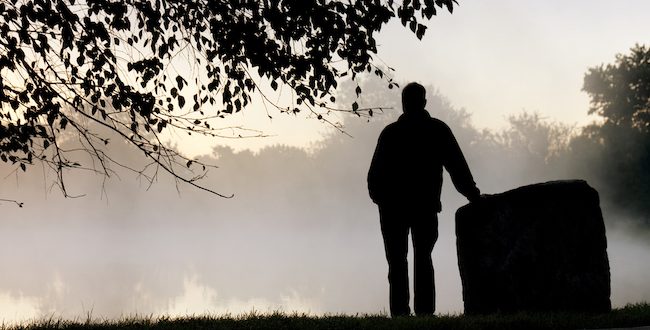 God is with us in the grief

This week, I learned of the death of a young person – and of the dire illness of another, a young man in mortal peril as his kidneys and his liver fail. There is something uniquely distressing about receiving news like this. Now to be clear, I don’t mean that that the death of an older person somehow hurts less, that it is anything other than a big deal. I don’t ever want to trivialize grief, to minimize the colossal hole that the death of one whom we love leaves in our lives, no matter how many birthdays that one may have reached.

Rather, I mean that there is an element to our grief when a young person dies that is not there in the death of an elder. That’s because, after such a death, we mourn not only for our loved one’s absence but also for the decades to come that we now will not and cannot share.

The death of a young person is a theft from our collective future.

A few years ago, the adult child of one of Phoebe’s cousins died. He was a phenomenally successful young man, home stretching in his training to be a doctor when, out for jog with his fiancé, his heart abruptly stopped. At his funeral, one person after another talked about the work that he would have done, the patients whose lives he would have transformed.

That transformation is now taken away from them and from us.

In a strange way, the funereal stories that we tell are not so different when the deceased had struggled to find their way in life, when perhaps their death was hastened by booze or drugs or some other obsession. In those situations, what we mourn is their lost opportunity to find sobriety or possibility or stability or vitality.

Theology is never more at a loss for what to say than when confronted with suffering and with injustice. Where was God, we rightly and reasonably ask, when Phoebe’s cousin’s heart failed and the one who was to be his wife stood in the street and watched his life recede like the tide? Where was God as the fentanyl kicked in and the young person’s eyes became fixed and dilated and finally flickered out altogether?

If what we mean by that question is, “Why did God permit this suffering?” then neither I nor any other human being  has an adequate answer. Like Job standing before the whirlwind, like Isaiah listening as the Lord declares, My thoughts are not your thoughts, my ways are not your ways, I don’t know that there is an answer to that question that you and I are even capable of understanding.

If our question is more basic, however, if what we genuinely want to know is where God was – not why God did not intervene to stop the suffering, but where God actually was when the hurt landed in our lives like a lightning bolt – then I do have an answer.

Here is what I know. Here is what I trust. And that is that as we grieve and as we ask why, Jesus is in the midst of the pain and the hurt and the unfairness. Jesus is sharing it with us.

His cross is the proof of that.

After the near miss on the highway, after we wake up in the hospital, shaken and in pain but our lives ongoing, we sometimes will say, God was with us. And we are absolutely right: God was with us. But God is with us as well when the other car doesn’t miss, when the metal bends and the glass breaks. God is with us when the stroke comes, when the years of booze prove to be too much, when skis come out from under our feet and everything changes.

Previous Events planned to honor New Zealand shooting victims
Next What Parts of the Bible Should We Read?

During both my healing journeys, I never really feared the Lymphoma, never got angry at it, never depressed, never saw it as somehow an enemy, to be fought, battled and defeated, though it certainly represented the antithesis of my existence.