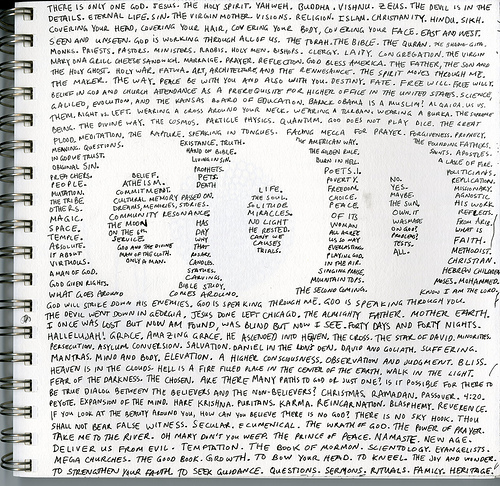 God is not violent 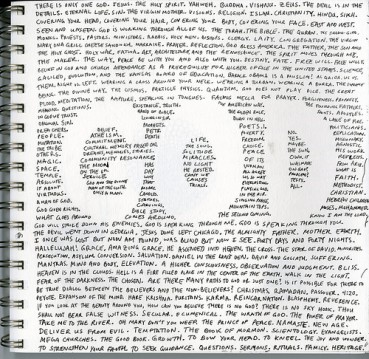 In another post on this website Eric Blauer has shared his struggle with the relationship between violence and faith. If you haven’t read it, please do; it is an important statement.  My own journey has led me to a conclusion that might or might not be different from Eric’s, but it feels to me like it is in the same neighborhood. I am violent, God is not, not at all. It is in my view extremely difficult to draw any firm conclusions about how God really is, since scripture provides us with a huge variety of different certainties, so like Eric I look at Jesus, then I look at his very first followers, and then I hope for the best. And when I do that, here is what I see.

Something really weird happened when Jesus was condemned and executed as a seditious criminal by Rome, with the support of the Jewish authorities. Normally when a movement loses its leader by gruesome death the followers either swear vengeance on the hated killers or flee for fear of their own lives. The early followers of Jesus, Jews all of them we must note, did neither of those things. Instead the people who loved him most and followed him longest went out and proclaimed to the very people who had tortured Jesus to death that God loved them, and accepted them, and claimed them as his own beloved children. The more they were persecuted, the oftener they were killed, the more those who took their place proclaimed that same love. Nobody does that, nobody says to the murderers of your greatest hero, the inspiration for your whole life, that God loves you God accepts you, but that is what history records actually happened. These people were either completely crazy, or else inspired by both the memory and the resurrection of Jesus.

So, before there was what we call the New Testament, with its apocalyptic scenarios dotted throughout, and its proclamations of condemnation on the faithless also sprinkled in amongst the various texts, there was this historical anomaly; people who were inspired by Jesus went out and preached the complete and total love and forgiveness of God to the Jewish culture that rejected him and the Roman culture that killed him. If, therefore, Jesus is the true reflection of God, and as a Christian I am committed to that proposition, then God must be utterly and entirely non-violent. I simply don’t know how to interpret the first hundred years or so of the Christian movement without drawing that conclusion.

This conclusion leads me to another one. Within both the Jewish bible and the Christian additions to it, God is depicted in a variety of ways. The notion that the Old Testament God is the violent, mean one and the New Testament God the loving, kind one is refuted the moment people begin to look at scripture carefully. Both the Old and the New Testament have plenty of divine violence and plenty of unconditional love within them. What this suggests is that it is people who are ambivalent about violence, not God, and religious people reflect that ambivalence in what they say and write about God. The totality of scripture simply isn’t of one mind about God and violence, and that is because human beings are not of one mind about God and violence. We didn’t become violent people because God is, we claimed God is violent because we are.  The struggle Eric described in his wonderful statement is universal — read, for example, the Bhagavad Gita — and that struggle is reflected in the Bible. I am convinced of the non-violence of God because the historical record convinces me of the non-violence of Jesus. But collectively we are truly ambivalent about this; both Judaism and Christianity have struggled with that ambivalence for the whole of their respective histories, and will, so far as any of us can see, continue in that struggle until the Kingdom comes, and God’s will is done, “on Earth as it is in heaven.”

You can read Eric Blauer's posts on faith and violence here and here.