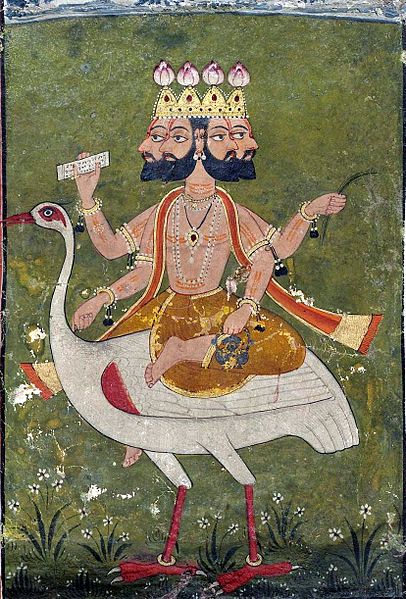 God is not motivated by hatred

A further thought on God and violence. One of the common responses to the belief that God is not violent, especially among those who are not so religious, is that God must be violent because the whole universe is violent. Stars are giant fusions reactors, mountains are created by huge eruptions from beneath the surface of the earth or else by the collision of colossal tectonic plates. Every living thing eats some other living thing to maintain its own life; death and decay are as common as birth and vitality.

Indeed, as one person pointed out at our first public forum at Chairs, childbirth itself involves some violence. All this is true, and it reminds me that it is important to be careful about what we are talking about when we talk about God and violence.

However, some violence is simply destructive, born of hatred and sustained by hatred. When I talk about God and violence I rarely make that important distinction between violence that is born of a genuinely creative impulse and violence that is born of a genuinely destructive impulse. What I believe is that God is not violent in that latter sense. God is not simply destructive, God is not motivated by hatred. There is within the universe itself this remarkable creative-destructive-creative-destructive-creative cycle that will continue trillions of years until — if some theories are correct, all is at rest. The sort of violence that is motivated by hate and thus gives rise to a desire for destruction is a perversion of that cycle, not the fulfillment of it, and is not of God, and never has been.  To the extent that Christians or Muslims or other religious people impute to God a purely destructive impulse born of hatred, they misunderstand the nature of the universe, and the divine imprint stamped upon it.  I realize this little addendum raises at least as many questions as it answers, so still more later.

Come to our next “Coffee Talk” at Boots Bakery at 10 a.m. on Feb. 2 where we'll discuss “Violence and the Sacred.”

Bill,
It’s hard for me to see how you can read the same Bible as I and not see ‘many, many, many’ passages that contradict what you are saying God is like, has done and will do. How could someone read from Genesis to Revelations and come to this conclusion based on the witness of the words and acts themselves?

It seems like you are reading what you wish they said into the Bible, more than what they actually say, which in many passages, I share that desire! 🙂

Do you move all that violent content into a human representation of God or God representing himself in his actions in the human story?

I prefer the term ‘aggression’ when we talk about the kind of violence that really causes us to hold grudges (and the kind that’s relevant when we talk about forgiveness). A wildfire might be a violent act, but it’s ultimately life-giving to the ecosystem. A man in a murderous rage is also violent, but is ultimately motivated by aggression. That’s how I try to name the distinction. There’s only a small amount of value to be found in aggression and I don’t think it’s one of the qualities possessed by a loving creator (though we might mistaken attribute it to God in our quest to feel justified in our species’ emotionalism).

I continue to believe that Yahweh Elohim created all that there is that we can see, as well as what we can’t see. The Bible teaches that the world didn’t originally manifest the violence that is now present. Adam’s choice to sin brought the curse that resulted in a span of time demonstrating the futility of our striving without God. A crescendo of violence is predicted for the end of the age fueled by satanic hate of God and His people. The true righteous holy God will respond with deserved violence in putting down satan and all deceived into following him, both men and angels.

God’s attributes are His alone to reveal, not really for us to speculate on, at least unless we are willing to throw out the Bible as His revelation of Himself. The last book of the Bible is self-titled “The Revelation of Jesus Christ” in the very first verse. The only way to disavow that God is not agressive at times is also to deny many parts of this book, not to mention the rest of the old and new testament. If you choose rather to allegorize to deny its true import then I guess you can walk away from it, but the tone and especially the warning at the end seems to take away that option. I, for one, would be afraid to try to bring that up as a defense on judgement day.

My post here, along with my previous post on the same subject, reveal a lot about how I understand the bible, its composition and its place within Christian spirituality. Likewise, the posts of both Dennis and Eric reveal the same thing about their views on this subject. What is obvious is that Dennis and Eric, while probably not in lock step, look at the bible very differently than I. I see in scripture the full range of human ambivalence about God and about how God works. I feel no obligation to agree with everything I read in scripture, and I am quite happy to move into non-literal understandings of what I read in scripture in order to make any sense out of it at all. Both Eric and Dennis are free to approach the bible with an entirely different set of assumptions, and they are no less, or let me say, more, faithful than I for doing so. These differences of approach inevitably guarantee differences of result. What this means is that it is very hard even to understand each other, much less come to some sort of terms.

Bill, I would agree with your post also. My passion for the word comes from a history of two great committed Christian parents, time spent in some wonderful churches, but ultimately from God’s Spirit compounding my joy and confidence the more time I spend in it.

I also agree with you that a person’s beliefs guarantee differences of results, and eternal results at that. A person might sincerely believe that Buddha is the way, but the Bible quotes Jesus Christ as saying, “I am the Way, the Truth and the Life, no one comes to the Father but through Me”. That draws a line that cannot be reconciled into everyone’s way being right. I have put my total trust for all eternity on Jesus, others in their own gods, and that last breath we take will set the differences of result.