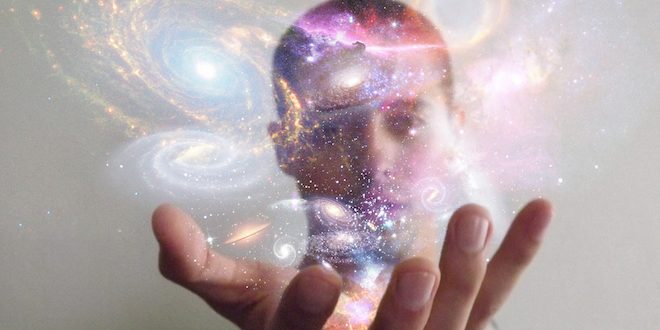 Our Transition into a New Religious Axial Age

We are living in an exciting age, an age of axial change, moving beyond the findings discovered in the Enlightenment, beyond the descent into reactionary capitalism and beyond fundamentalism into an age of globalized religion. This development is happening rapidly. It started 400 years ago with the scientific and technological inventions of the modern age, characterized by Galileo and the printing press. The transition has come to fruition with the mastering of electricity, instantaneous communication and the cataloging of information combined with rapid, world-wide travel and resettlement. But where has the beauty, the justice, the love of life, birth and death, the engaged laughter of worldly connection gone?

Religions and warfare have moved from tribal survival and national interest to globalized corporate or institutional greed for the benefit of the few — the leaders and the bosses, the rich and the famous. We have no need to kill the Other when we can, with a few flicks of a finger, wipe out all peoples and most life. With such power, we only need to kill a few to scare the rest into submission. God is no longer a necessary entity, physical or otherwise, to make others kowtow.

Certainly there is no reason to deny my desire to worship the great wonders I experience that sustain all in a world that I love. That is part of my culture, which is of deep, Christian origin. So, in the face of the insecurity and conflict, the murky cognitive dissonance arising out of the birthing process of this new axial age, I have gathered a stack of books — works by the theologians and scholars of religion who recognize this dance of Shiva happening around us, celebrating the death of the old and the Shakti mothering of the new. John Caputo and Lloyd Geering are two authors that summarize the history of the development of religions and cultures from ancient times to today. They provide clear summaries of the last two centuries of major changes in our conceptions of theology. They guide the reader through the demythologizing movement and navigate him through the limits on our meaningful language from its beginning, clear into the first stumbling in the dim dawn of our lexicon, when we began to develop meaningful, believable symbols that did not cause us to misuse the idea of holy like we do today. This misuse has resulted in the exploitation and degradation of creation and our use of dogma about god to justify our separation from god, a sinful alienation from and destruction of the evolution of life that could otherwise bring us to a joyous new world.

Lloyd Geering is the Presbyterian scholar from New Zealand who was tried in the ‘60s and ‘70s for heresy because he called into question the relevance and reality of many orthodox concepts. He was found innocent, but has famously become a major spokesperson for the birthing of this new global approach to religion. Clear, thoroughly informative and exciting, he summarizes the problems that holding onto the old forms and orthodox dogmas has created. He has written several books, all of which I find worthy of consideration.

His work and ideas precede but are similar to those of many contemporary theologians, scholars and intellectual historians. They are summarized by Robert Jones in “God, Galileo and Geering,” published in 2005 by Polebridge Press. The book is an abridgment of Geering’s ideas into 15 chapters, all presented as possible lessons for groups to consider and discuss. Jones succinctly outlines Geering’s ideas, relating them to a natural outgrowth of the Enlightenment and the globalization of our economy and cultures. Then he presents Geering’s suggestions of what, if we can avoid giving in to fear and greed, the characteristics of the new axial age and its religions might be. I shall list suggestions.

There are at least 10 possible outcomes of the continuation of the idolatries we hold onto in our religious thinking and practice, especially if we continue to retreat from our clash of dying and changing cultures with a withdrawal into unquestioning orthodoxy or an uncritical fundamentalism, connected by a belief that our culture is the only true one:

Note that the only positive outcome is the last.

If we can move from an atomism to a holistic way of thinking, considering not merely our own short-term gain but the effect of our beliefs and actions on the whole of life, including our future generations, we may avoid these outcomes. Jones lists Geering’s characteristics of a faith for the twenty-first century: We will need a humanistic and naturalistic spiritual orientation not based on someone else’s revelations outside ourselves. The religions will probably not be led by one outsider. We will have to place our supreme value on the quality of human life and life in general, living in awe and wonderment of it. The claims of superiority and absolute truth now held by Christianity and Islam will have no place, such exclusiveness leads only to violence and active noninclusion. We, not some entity outside the world and its evolutionary process, will have to realize that our species must assume responsibility for human life. Mother Earth must replace Father Sky. The universe will be looked at as the “body of god.” The word “god” will not refer to an “objective spiritual being,” but “will serve as an ultimate point of reference to ‘help us unify and order our experience of reality.’” Our worship will take on new forms, a standing in awe of the self-evolving universe, giving thanks for our lives in it. The doctrine of the incarnation will not be about one special human, but about the presence of god in all of the universe as also in each of us. And the new religions will adopt global identities and practices, each cooperating with each other.

Quite a calling; God’s insistence perhaps.