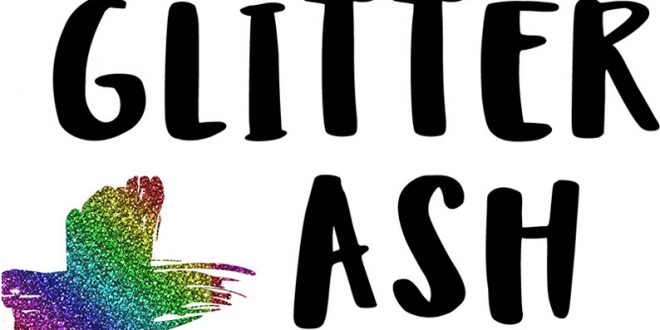 ‘Glitter Ash Wednesday’ sparkles for LGBT Christians and others

A New York-based advocacy group called Parity is asking Christians who favor LGBT equality  — “queer positive Christians,” in their parlance — to show their support by wearing “glitter ash” on their foreheads to mark Ash Wednesday (March 1).

Ash Wednesday kicks off the six-week somber season called Lent that leads to Easter, and is usually marked in churches with the color purple. Traditionally, plain gray ashes, blessed by a minister or priest, are smeared on the foreheads of Christians to symbolize repentance.

“This is a way for queer Christians and queer-positive persons of faith to say ‘We are here,’” said Marian Edmonds-Allen, Parity’s executive director. “It is also a way for other people to be a witness to that and be in solidarity with them.”

Not all Christian denominations welcome openly LGBT people. The Episcopal Church, the Evangelical Lutheran Church in America, The Presbyterian Church (USA), the United Church of Christ and Metropolitan Community Church all ordain LGBT clergy, and every mainline Protestant and Catholic denomination has some organization that supports openly gay members, though those organizations are not officially sponsored by the denomination.

Edmonds-Allen hopes “Glitter Ash Wednesday” will make support for those groups visible in a way usually reserved for princesses and unicorns.

“For some traditions, it is true” that Christians are not supposed to draw attention to their piety, Edmonds-Allen said. “The ashes go on and the ashes go off — it is a private thing. But glitter ashes are still appropriate. It is a recognition of the reality of queer Christians in the world and the beauty LGBTQ Christians bring to faith.”

Traditionally, Ash Wednesday ashes are made by burning the palm fronds used in the previous year’s Palm Sunday service to re-enact the day Christians believe Jesus triumphantly entered Jerusalem. Some churches make their own, while others buy them from church supply companies.

Parity is mixing professional makeup-grade purple glitter with traditional ashes. The organization will send glitter ashes at no cost — though a donation is suggested — to any congregation or individual that requests them.

The plan is to have glitter ashes available in churches for the asking. Regular ashes will also be available.

So far, Parity has had requests for glitter ash from churches in multiple states, including California, Missouri, Massachusetts, Alabama and Georgia. The Metropolitan Community Church has committed to using glitter ashes at all of its churches.

Previous Dear exhausted Evangelical
Next Thankful amid my misery

Here are my reasons:
1. I would reserve glitter for dousing on only my worst enemies. That stuff will still be stuck in your hair come Pentecost. And
2. This tweaking of an ancient ritual attempts to break open the rite and make it welcoming for those who have classically been condemned or even barred from participation. But in fact, it makes yet another avenue of exclusion. Like, you wouldn’t want the real ashes, so have these “more fun” ones. True welcome, as I see it, happens when we break open the ritual as it is, proclaiming its profound meaning anew. I think of my colleagues who stand in full vestments in the bus plaza on Ash Wednesday, offering the same words of truth and mercy that have always accompanied this rite, “you are dust, and to dust you shall return.” What words accompany the “glitter ash?” You are mass produced bits of shiny plastic and will remain eternally stuck in the carpet fibers?