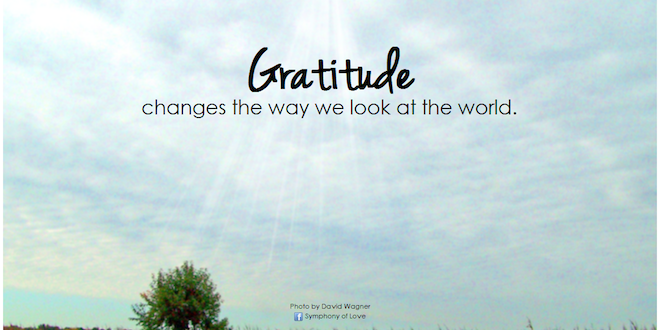 Give others a reason to be thankful

Do native Americans have a legitimate reason to be thankful on this Thanksgiving Day 2015?

Do African-Americans and other racial, religious and ethnic minorities?

Do the seriously ill?

Do single parents? And their children?

If the answer to those questions is “No” then we have a problem.

Think about what are you thankful for today. There’s that big meal on the table. The fact your head is above water financially. The good health you and loved ones share. Were you thankful for these things yesterday? Will you be thankful tomorrow? If the answer to those questions is “No” then we have a problem.

Is your thankfulness undermined or lessened by the fact that so many others, such as those identified above, can’t be thankful for the same things? If the answer to that question is “No” then we have a problem.

Can you name the one(s) to whom you are thankful? If the answer to that question is “No” then we have a huge problem.

Politicians are hotly debating whether to allow Middle East refugees to enter the United States. If these newcomers wind up having no reason to be thankful – if they wind up being treated with the same discrimination and disdain as those I mentioned earlier – then why should we bother? What would be the point? What would they gain?

I recently went on a three-day trip to visit friends before the snow flies. For the most part the conversations were invigorating and uplifting, but there was one clunker when one of my acquaintances said bluntly, “The reason we have so many problems in the world is because there are too many people.” I tried to inject a counter-balancing argument but she dismissed it and went on to something else. I learned a long time ago to pick my fights and that wasn’t the time for one of them. But I hope you won’t mind if I share my thoughts with you.

If all 7 billion people on Earth were put shoulder to shoulder, so that each individual occupied one square foot of space, you could fit all of us into seven billion square feet. That’s roughly 251 square miles, which is one-seventh the size of Spokane County.

There aren’t too many people in the world. But there is vastly too little love, too little mutual respect, and too little responsible behavior that emanates from that love and respect.

If all of us were to regard every other human being with the same respect we reserve for ourselves we would have no problems and never-ending thanksgiving. No one would be starving because we would value everyone equally and thus make sure all of us shared equally in nature’s harvest. We wouldn’t be motivated by self-advancement, profit, or cultural or intellectual superiority, but by goodness.

We are thankful for the material evidence of goodness in the form of full stomachs, full wallets and full gas tanks. But rarely are we grateful for the presence of God, who alone is good.

If God were among those I listed above would he have reason to thank us?  If not, then perhaps we should add a few words to today’s prayer of thanks before eating. Lord, I ask that you make me aware of what I can do in the next year that will give my fellow human beings new joy, hope and gratitude. I also ask that you give me the grace to actually do what you have revealed, and to give you credit for the success of those efforts.

Why should we pray such a prayer? Because history has repeatedly shown that we will never do such things on our own. We lack the will, the commitment and the love that are needed to change the world. Only God can do that. And we must either allow God to do that through us or accept the consequences. Either we give others a reason to be thankful or we give them a reason to be angry.

Have a thoughtful Thanksgiving, everyone.