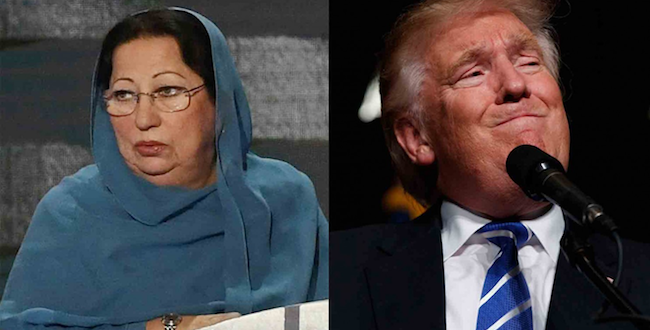 WASHINGTON (Reuters) – The mother of a American Muslim soldier who was killed in Iraq castigated Republican Donald Trump on Sunday as ignorant of Islam and of sacrifice after he questioned her silence during her husband’s speech at the Democratic National Convention.

Ghazala Khan, whose son, U.S. Army Capt. Humayun Khan, was killed in 2004, bristled at Trump’s implication she was silent because she, as a Muslim woman, had not been allowed to speak.

“When Donald Trump is talking about Islam, he is ignorant,” she wrote in a Washington Post opinion piece. “Donald Trump said he has made a lot of sacrifices. He doesn’t know what the word sacrifice means.”