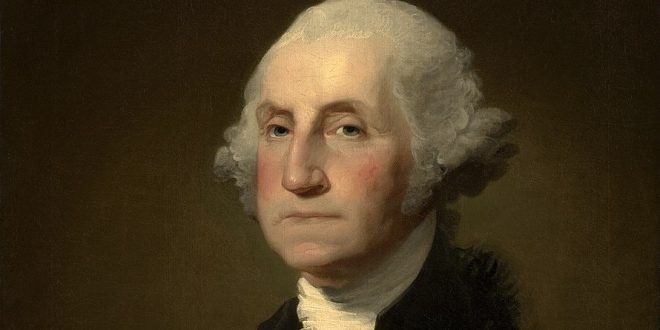 As a fellow minister in Peter Lillback’s denomination
[conservative Presbyterian], I can tell you that a large number
of us are embarrassed by his poor historical methodology

– Anonymous posting to a review of Lillback’s Sacred Fire

Thanks to Glenn Beck’s fawning promotion, an obscure self-published book on George Washington’s religion has become a best seller on amazon.com. Beck enthused, “It so discredits all of the scholars. It’s the best book on faith and the founding I think I’ve ever read.”

Thomas Jefferson rejected the divinity of Christ and the Trinity, but he was a life-long member of the Anglican church. This fact leads us to believe that Lillback’s major premise is obviously false. Washington was a nominal Anglican who attended church irregularly, ceasing after his retirement.

Washington’s diaries show that he frequently dishonored the Sabbath. We learn from one entry that he would have collected his rents on Sundays, but he declined because the people living on his land were “apparently very religious.” This is the real “honest George,” making no pretenses about being pious.

The weakest arguments in the book are the ones devoted to proving Washington believed in the deity of Christ and the Trinity. In all of his voluminous writing only once does he speak of Jesus. This single incident, a speech to the Delaware Indians, was most likely written by an aide more orthodox than he.

On the manuscript of another presidential speech to Indian leaders, we can clearly see the word “God” crossed out and the phrase “Great Spirit” written in Washington’s own hand. Idahoan Forrest Church, a historian of early Christianity, said that on the question of his belief in Christ, Washington was “deafeningly silent.”

With so little evidence to work with, Lillback is forced to make some very indirect and dubious inferences. For example, he thinks Jesus is the referent in phrases such as “divine author of our blessed religion,” when in fact it most likely means God himself or Providence, which is more characteristic of Washington.

Scholars at Mount Vernon state: “Washington’s diaries show no church attendance by anyone in the family after they returned to Mount Vernon at the end of his presidency.” In stark contrast to Washington, Jefferson, after his retirement, rode all the way to Charlottesville to church.

In a recent biography of Washington, Joseph J. Ellis describes the scene at Washington’s death: “There were no ministers in the room, no prayers uttered, no Christian rituals offering the solace of everlasting life.”

Benjamin Rush reported to Thomas Jefferson that upon leaving office Washington met with a group of clergy who submitted a number of questions for him to answer. Since he had never made any public affirmation of Christianity, one of their questions was whether or not he was a Christian. Washington very kindly answered all of the questions except that crucial one.

As historian Paul Boller concludes: “If Washington was a Christian, he was surely a Protestant of the most liberal persuasion.”

In closing, I would like to wish the honest and religiously liberal George a very (late) happy birthday (which was Feb. 22).

Previous Ask An Atheist: Does it Take Faith to be an Atheist?
Next How to Avoid Panic Attack: 8 Simple Tips