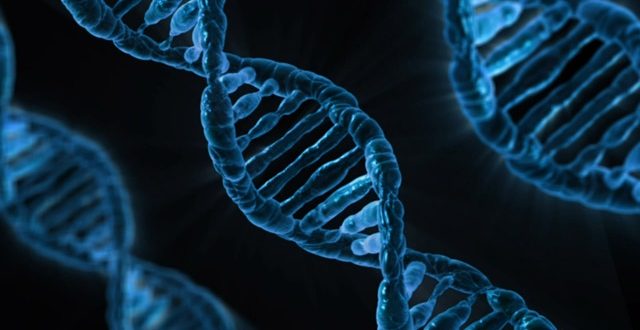 Genetic ancestors, DNA and the soul

About my new grandson, on his birthday:
I picture a really big funnel, open side up.
Above it are the numberless faces of the ancestors, fading upward into invisibility.  Infinite in number and variety.
They are all the previous links of both the genetic line and the souls.
The genetic ancestors are grouped by those of his parents, on respective sides.
The oldest are above, farthest away, and dimmer.
The souls are not differentiated this way. There’s no simple visual for these.  There’s not a time line.  No first, then next.  DNA does not  link them together.
Below the tiny opening of the big funnel is one tiny shiny drip.  Inside is N__, entering the world as a self.  The distilled essence of all those above and before.  There’s just one of him.
He’s not a blank.  He carries, like genetic code but even more elaborate, the concentrated essences of all the others, a totally personal blend of all the befores.
His path ahead is to wake up to all the experiences already in him, to live in his discovery of his inner richness.  That’s the key to his understanding and choosing among all the outers to come.
As a parent, our opportunity is to protect the seedling while it grows in just its way.  In the state of readiness, many seeds look just alike.  But each knows what it is, and grows in accordance.  It can’t do other than that.  Differentiation flourishes as that seed grows. It’s apparent earliest to those who watch most carefully and open-mindedly.
There’s only one N__, and here he is!

Previous Writing a book is a joyful end in itself
Next U.S. Appeals Court Will Not Put Trump Travel Ban Case On Hold