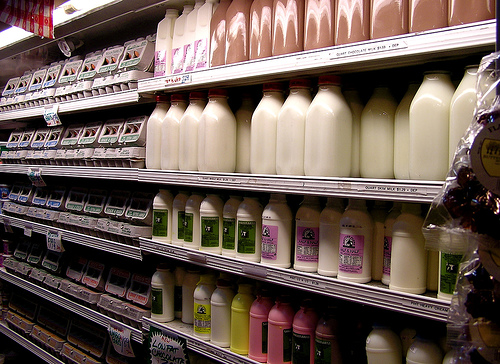 I just walked out of the Spokane Valley Community of Christ after enjoying a free lunch and was met by my friend Keith, who has been managing the finances of the congregation and the Summer Free Lunch outreach offered by the church during the month of August. He was in a hurry to get to his car, and he said in passing, “Got to get more milk.  They are rationing it down there and I don’t like that.  If people want it we should give it to them.” Then he jumped in his car and tore off.

The Community of Christ has talked a lot about generosity in the past ten years, moving from an attitude of obligation to a spirit of graciousness and love.  What I saw in Keith in that simple action of making a milk run was the incarnation of Christ’s generosity.  In Jesus we see the unmerited extension of himself in healing and providing for others.  With this outreach we have seen the extension of Christ to those who are in need, whether they need to be fed food by mouth or the food of fellowship and community, the church has provided without exception to anyone, a warm welcome and a warm meal.

This project was greatly enhanced if not made possible by the help of the LDS wards of the Spokane Valley.  So many people have shown up to cheerfully help as servers, hosts, greeters and counters that it is a testament to me that we are moving into a new age of faith, a time when people with differing beliefs can work side by side to realize the kingdom.

I had an epiphany while leading a group of adults in discussion at a summer family Camp sponsored by Community of Christ Inland West Mission Center.  As we were talking about mission and how it happens and what it really is, I don’t think we really came up with any solid answers, it is kind of like other things, you will know it when you see it. I digress. During that discussion I was led to understand that when the giftedness, skills and resources of a congregation collide with the needs and issues of the community, Christ is revealed. It is when the body of Christ, the church, meets the needs of the community that the testimony of a living Christ is expressed in ways that engage all the senses, not just the brain.

That is what I witnessed today when Keith said, “Got to get more milk.  They are rationing it down there and I don’t like that.  If people want it we should give it to them.” With that statement I was jarred into awareness: The kingdom is near!  Not because a small congregation in Spokane Valley is feeding people free lunches and offering a place of fellowship and community.  The kingdom is near because a group of people from two faith communities worked together, bringing gifts and talents, resources and passion together to meet the needs of our community. In the meeting of those things God’s kingdom, even Christ was revealed. Through the incarnation of generosity expressed in Christ through these people others know that He lives.