Home / Commentary / Generosity and compassion appear at the most unexpected moments 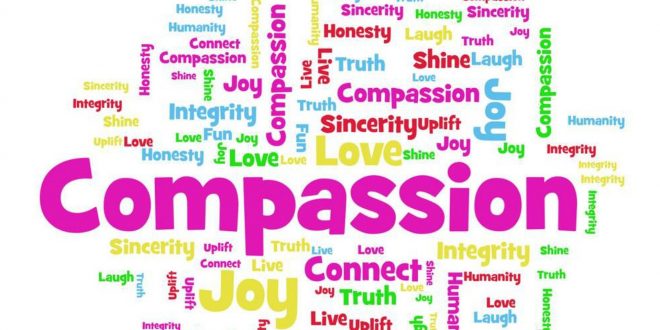 Generosity and compassion appear at the most unexpected moments

By the time I married in 1985, I had quit expecting anything from the Roman Catholic hierarchy except scorn for my priest-husband and myself. They let us clearly know that we were not welcome within any congregational or leadership setting. We had broken the laws and rules of their way of being church and the only response we received was harsh and ostracizing.

We moved on, eventually.

O sure, there were plenty of tears, and some ranting and raving about hypocrisy in the church (actually lots of it from me, much less so from my generous spirited husband). Still, we were able to find a new and welcoming community of faith in the United Church of Christ, and we moved on to joyous ministry in that denomination. We had babies, and got jobs, and we built a life of love and joy and faithfulness beyond the confines of the Roman Catholic church.

But truly, the pain of that cruel parting was a place of scar tissue. It was a sensitive spot inside me. I bore the harsh mark of judgment and punishment for breaking the rules of Canon Law and religious tradition within the Roman Catholic church.

So, thirty two and a half years after our momentous and joyful wedding day when my husband and I turned to each other, and let go of our previous devotion to the Roman Catholic church…he got a letter. On that day when we chose each other all those years ago, we recognized that every part of our faith family would be in upheaval and turbulent change; we knew there was no going back.

As I say, thirty two and a half years later, after having raised a family together, becoming grandparents, receiving standing in and having been empowered to minister to congregations in our beloved United Church of Christ…after all that time…my husband received a letter in the mail that surprised us both to our core.

He had been ordained into the Archdiocese of Denver in 1981. He had left the priesthood in 1985 by sending a letter to his archbishop informing him of his decision. He had never heard a word from anyone after that letter was sent. Nothing. Ever.

Now, in 2017, a registered letter comes to our door from the Archbishop of the Archdiocese of Denver, asking, in quite compassionate and gentle language if my husband would allow the archdiocese to “regularize” his status and be “laicized” so that he might be recognized as a straightforward member of the Roman Catholic communion.

There was never any expectation of a letter such as this. “Laicization” is historically a cruel, lengthy, and expensive process of changing status from “priest” to “lay person” in the Roman Catholic church. I swore my beloved husband would never participate in any “process” that demeaned and degraded him as that process would have done. I was adamant we would have none of that in our house or our lives, thankyouverymuch!

But, it is 2017 and this letter is surprisingly gentle, and kind. There is no punitive language. It humbly asks that my husband share information with them (and with a certain glee I write in my title as “reverend” when they ask about the name of his spouse.) There is no expense to my husband. There is no heartache or anger, no return to the pain of that broken relationship through guilt or recrimination.

It is a miracle of grace. Made possible by the power and persuasion of the current Pontiff who has given authority to local bishops to act in this way. It matters who sits in the seats of power, yes it does. And the man in the seat of authority for the Roman Catholic communion is a man of grace and compassion. We never expected a man like Pope Francis in our house.

Never let anyone tell you that grace is cheap or easy (this took 32. 5 years!). I certainly don’t believe people who say that prayers don’t get answered. Our prayers were answered in their own time. And Grace is as real as a letter in my astonished husband’s hands.

We may have to wait a long time. But it comes.

I will attest to that now more than ever. For the grace of this letter. And the compassion of this moment.

Previous Ask an Atheist: Resolving the beginning of the universe
Next The Islamic State group has weaponized children

Ask A Buddhist: Why did Buddha Contemplate Instead of Help?

Ask A Jew: Gatherings of 10

Traditionally, Jews pray three times a day which typically includes morning minyan services, however, the vast majority of prayers can be said alone. So during this time, many Jews are davening (praying) at home alone and skipping the prayers that require a minyan.