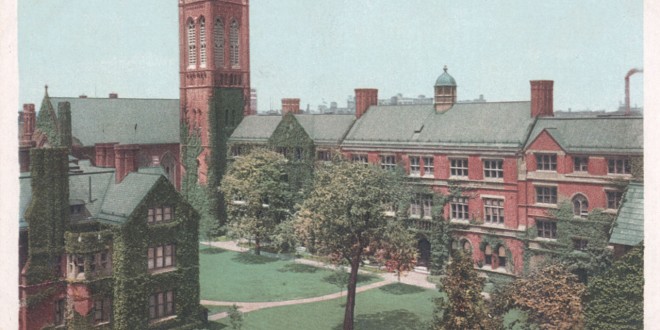 (RNS) The future of the Episcopal Church’s flagship General Theological Seminary remains unclear, even as trustees agreed this week to reinstate most of the faculty who were terminated.

The board of the embattled New York seminary will keep seven of the eight faculty who quit teaching classes and were subsequently terminated, according to Jonathan Roffe, a lawyer representing the faculty. Faculty will teach on a provisional basis until the end of the current academic year.

Roffe said the lone faculty member who will not return, whom he declined to identify, “felt it was the right time to move on.”

“Obviously, it’s not the outcome that everyone may have wanted from the get-go, but in any negotiation, neither party is perfectly happy,” Roffe said. “I’m sure the school is not happy it turned into the public spectacle it did. It was a meeting in the middle.”

In September, the majority of the seminary’s professors quit teaching classes and attending official seminary meetings or chapel services until they could sit down with the seminary board to discuss concerns about the seminary’s dean, the Very Rev. Kurt Dunkle.

Trustees later accepted the resignations of the eight faculty, even as the professors insisted they never offered to resign.

“Reconciliation … will require much of all of us,” Dunkle said in an email to students on Wednesday (Nov. 5).

Last month, respected Duke Divinity School theologian Stanley Hauerwas declined a series of lectures he was scheduled to give at GTS this month so he would not appear to take sides.

In an attempt to salvage the divide, the board of GTS — a venerable Manhattan institution that has produced generations of bishops and noted theologians — invited faculty to request provisional reinstatement. One trustee resigned, saying faculty deserved full reinstatement.

What remains unclear is whether the seven returning faculty will stay after this year, how the controversy will impact future enrollment, and whether faculty and leadership can find full reconciliation after the school’s dirty laundry was aired in public.

In a Sept. 17 letter, the faculty charged Dunkle with making comments that have made women and some minority groups uncomfortable, such as describing Asians as “slanty eyed,” not wanting GTS to be known as the “gay seminary,” and telling a female professor that he “loved vaginas.” Neither side has come to an agreement on those allegations.

During the 2013-14 school year, GTS enrolled 70 students and had $10.6 million in expenditures and $27 million in investments, according to the Association of Theological Schools, an accrediting organization.

At the next Coffee Talk, which will be held on Zoom at 10 a.m. on Dec. 4 , attendees will hear from writers who are drawn to religion reporting.