It's been a long and difficult conversation. For two decades the Pacific Northwest Conference United Church of Christ tabled the gay issue. Should homosexuals be welcomed into the church? Should they be allowed to marry? Participate? Be ordained? 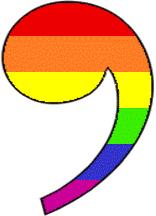 Until last year no one could agree. Rev. Linda Crowe, of Veradale United Church of Christ, has been rooting for lesbian, gay, bisexual and transgender (LGBT), rights the whole time. It's no wonder her voice rings with excitement when talking about her congregation's recent decision to become open and affirming.

“I recognized as we were going through this process that it was sacred work,” she said. “And I was aware that what we were doing was historic in the life of the church.”

For 17 years she's served as the pastor the Spokane Valley church and said in that time she's watched the 100-member congregation evolve into a social justice machine. At a leadership retreat last year church members agreed on a new mission statement for Veradale UCC, “Worshiping God in Christ, welcoming all, working for justice and peace.” Members noted, however, the mission statement would only work if the church officially became open and affirming. For years Veradale UCC has had gay members in its pews.

Last year it adopted several people from Emmanuel Metropolitan Community Church, a gay church that had to close its doors.

“Why do we have to do this if we're already welcoming?,” some Veradale members asked.

Crowe said the church's LGBT members have learned the hard way that some churches aren't as welcoming as they seem.

“A lot of churches don't mean it. Their welcome is limited,” she said, adding that some churches won't allow homosexuals to teach classes, serve on the vestry, etc.

Carol Ehrhart, president of the Inland Northwest LGBT Center, agreed with Denton. “Many people in the gay community feel, or have felt, victimized by their church,” she said. “Many people, 20 or 30 years after they left the church, still feel very torn about their beliefs, who they are and how they were created … so when churches do open and up say, 'Hey we're affirming, you're welcome here, we understand you're God's creation, you're the way you're supposed to be and we accept that,' it's a very powerful statement.”

In the UCC decisions come from the ground-up. Denton said major verdicts are up to the congregation, but added that he's always happy to hear about church voting to open its doors to the gay community.

“Anyone who knows me knows I'm supportive when churches make this decision,” he said.

Though opening its doors to gays and lesbians was the main issue, the congregation took it further by adopting a statement that included people of all ages, genders, gender identities, races, national origins, faith backgrounds, marital statuses, family structures, mental or physical conditions, economic statuses and educational backgrounds.

“Jesus openly affirmed diversity and so do we,” it reads, “We believe all people are created in God's image and all people are loved equally by God.”

Crowe said Veradale is starting its 101st year as a fresh, new church. “We're not wringing our hands worrying how to survive,” she said. “We're gung-ho about the future.”

In the past year the church has gained 25 new members and didn't lose any during its open and affirming process. Crowe said some church shoppers are looking for a welcoming church; others may walk out the door when they learn about its progressive stance.

“There are plenty of conservative churches here, plenty of choices for them,” she said.

According to the Affirming Christian Church Directory there are less than a dozen open and affirming churches in Spokane. The last United Church of Christ congregation in the immediate area to become open and affirming was Westminster UCC in 2005.

Rev. Andrea CastroLang, pastor of Westminster, said the process was unnerving. She wasn't sure if there would be picketers and, just to be safe, the police gave the area some extra attention. Thankfully, CastroLang said, the church only received some “nasty emails.” She said Spokane has changed since then.

“I think that Spokane's insular community identity is really changing,” she said. “A lot of folks from other parts of the country are moving to Spokane and it's changing our demographics in a good way. So now we've got a better chance of being an open and affirming city.”

Denton said several UCC churches in the conference are currently going through the open and affirming process.

“The conversation has changed a lot just in the past 10 years,” he said.

Previous Epiphany, the Encounter and iGod
Next Celebrating Epiphany by bringing light to West Central