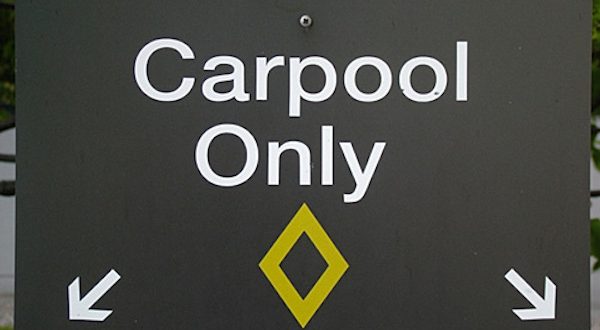 For a few years now, I’ve had a strange companion on my morning commute. He doesn’t occupy the passenger seat — if Spokane had carpool lanes, I wouldn’t be able to drive in one — but his presence in my car between 9 and 9:30 a.m. is impossible to deny. His name is Gary Randall, and he may be the person least like me, ideologically speaking, in the known universe.

A little less than two years ago, I wrote an essay for FāVS in which I mentioned that I listen to conservative Christian talk radio. I do this not because I’m contemplating a conversion to Christianity, or because I’m preparing to renounce two decades of personal support for progressive causes. No, I listen to Moody Radio and ACN (American Christian Network) for two main reasons:

Gary Randall is a pastor, a writer, and a right-wing activist. He appears to live in Bellevue, Washington; that’s where his radio program’s P.O. box is located. He spends a half-hour every weekday morning, with few exceptions, sitting in front of a microphone in what I imagine to be a small, spartan studio, intoning his sincerely held religious beliefs to the masses.

There’s virtually nothing for me to admire in Gary’s theology or politics. However, I (grudgingly) appreciate his commitment to a task that I know, from working in radio as a college student and as a journalist in Seattle, to be a lot harder than it seems. To sit in front of a mic for 30 minutes every weekday takes dedication. It means you need to have something to say five days a week, for a lot longer than most people ever talk uninterrupted.

Gary pays close attention to the news, and if Christians are being persecuted — to him, Kim Davis was practically a sainted martyr — he lets us know. Because he’s said as much on air, I think he assumes his audience is composed almost entirely of people who agree with him. He might be amused to learn that at least one of his listeners disagrees with him on pretty much every issue he discusses.

Gary is the first radio personality I have ever talked back to, out loud, on a regular basis. Sure, Moody’s Janet Parshall and her guests raise my hackles from time to time, but Janet’s show, “In the Market,” is two hours long and airs from 2-4 p.m. weekdays, so I never hear an episode in its entirety. Gary talks for just 30 minutes, so I often catch two-thirds of his show on my way to work.

Gary is also, whether he realizes it or not, a name-dropper. He makes sure to let us know if he has met some important public figure — Mike Pence, Mike Huckabee, Franklin Graham — or whether he simply knows people who know the right-wing evangelical celebrity in question. Meanwhile, when President Obama was still in office, Gary referred to him frequently as a “secular-progressive” -— that hyphenate is one of Gary’s favorite nouns — even though Obama’s Christian faith was a matter of public record.

Like many arch-conservatives these days, Gary fears transgender identity, same-sex marriage, and Islam. His urgent, bone-deep desire to save America from what he sees as its moral freefall represents, in the context of our nation’s escalating culture wars, a pugnacious counterforce to the passion my friends and I feel about ensuring that the LGBT community, people of color, Muslim Americans and many other minority groups can feel safe in this country that’s supposed to be theirs, too.

I can’t praise anything about what Gary believes, but over the years I’ve come to understand what it’s like to hold certain values as essential and uncompromisable. I know what it’s like to want my country to be better. The fact that I think Gary is part of the problem, and he would surely think I am, doesn’t mean we can’t be co-commuters. It all serves to remind me, every morning, that the U.S. is a big, messy place that contains an astounding diversity of thought.

Previous One Heart Spokane continues to grow with additional location on Pacific Ave.
Next Leave the boat, face the waves and fight racism

The timing of this article’s publication is a bit unfortunate considering Charlottesville and the president’s half-hearted condemnations of the neo-Nazis involved. I plan to follow up this column with another looking at the darker side of shows like Gary’s and the fact that, for example, his anti-transgender rhetoric, based on a wholesale misunderstanding of what transgender identity actually is, can do real harm in our communities, both by furthering misunderstanding and ignorance and by providing fodder for people already predisposed, for whatever reason, to slander and mistreat transgender individuals and transgender people as a collective.