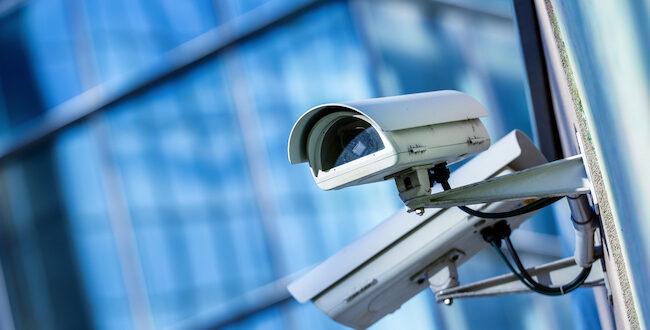 Domestic terrorism incidents are rising across the nation, but so is federal funding for organizations who are targets of hate crimes and seek protection for themselves and those they serve.

According to the FBI’s Uniform Crime Report — using data from 15,138 law enforcement agencies — there were 8,263 total hate crime incidents reported in 2020, the most recent year for complete information. Of these, 61.8% were motivated by race, ethnicity or ancestry; 20% by sexual orientation and 13.3% by religion.

Washington state has not been immune to the increases. While the 462 total incidents recorded in 2020 is down from more than 500 in the years 2017-2019, it is still high, according to Department of Justice information dating to 1991.

In response to these increases, the Department of Homeland Security has increased funding for its Federal Emergency Management Administration (FEMA) Preparedness Grant Funding programs — including the Nonprofit Security Grant Program. The NSGP provides funds to, “support target hardening and other physical security enhancements for nonprofit organizations that are at a high risk of terrorist attack,” according to a July news release.

“Many of the communities and nonprofit organizations receiving these grants have been historically underserved,” DHS Secretary Alejandro N. Mayorkas said in the release. “The funding allocated for each of the grant programs will allow these communities and organizations to build, sustain and improve their preparedness and response capabilities.”

Threats as well as actions

To be eligible for the NSGP funding, applicants must have the “Ability to demonstrate, through the application, that the organization is at HIGH risk of terrorist attack,” according to a PowerPoint presentation by the Washington State Military Department’s Emergency Management Division, which administers the grant program.

This risk can come from, “racially or ethnically motived violent extremists” with ideological agendas from bias against others as well as “all other domestic terrorism threats.”

The latter refers to ideological agendas not defined under other threat categories, including “a combination of personal grievances and beliefs with potential bias related to religion, gender or sexual orientation.”

In considering whether an organization falls under one of these threat categories, Preparedness Grants Section program manager Zoie Choate advises applicants not to get too hung up on the word “terrorist” — which many associate with the attacks of Sept. 11, 2001 and other similar incidents.

“Some non-profits view the threats they feel are not on that scale,” Choate said, citing incidents of vandalism based on ideology as an example. “You can only go off how that makes you feel. That (vandalism) could be looked at as a terrorist act.”

Even something as simple as having hate-based literature posted nearby could be viewed as a threat to security.

“That’s enough,” Choate said. “That’s enough to be seen as a terrorist threat. You may not know if it’s part of some network, but you do know that it is a threat.”

DHS has received almost $2 billion in FY2021 funding for FEMA grants addressing preparation for natural and man-made threats. Of that, $475 million was allocated in July for seven competitive preparedness grant programs, with $180 million for the NSGP; $90 million going to 31 designated “Urban Areas” and $90 million for nonprofits in non-Urban Areas in each state.

In Washington, King, Pierce and Snohomish counties compose the Urban Area, with the rest non-urban. Choate expects at least $90 million to be allocated again in FY2022 for non-Urban Areas.

NSGP funding has skyrocketed. Prior to 2018, only Urban Areas received the funding, with $25 million allocated in 2017, according to FEMA. That jumped to $50 million in 2018, but Congress also allocated an additional $10 million for non-Urban Area organizations for a total of $60 million in NSGP funding.

Those amounts stayed the same in 2019, but in 2020, while again allocating $50 million for Urban Areas, Congress provided $40 million for non-Urban Areas for a total of $90 million. That total amount doubled in 2021.

“FEMA would like to double that,” Choate said of potential allocations for 2022.

The state won’t know how much it will receive until late February, but once it does, Choate said that’s the “go button” for organizations to begin submitting applications.

Organizations can apply for up to $150,000 in funding for projects ranging from target hardening and cyber security to planning and training. Choate said FEMA also added language last year to include security measures for crowded public spaces as well.

Applicants must submit three completed documents for consideration: a vulnerability/risk assessment, mission statement and investment justification. Choate said it can be a daunting process, especially a risk assessment, but there are tools to help out, such as FEMA’s Cybersecurity & Infrastructure Security Agency online risk assessment tool that, while listed for houses of worship can be used for all organizations.

Applications should include clear and detailed links from the risk assessment to the proposed project, details of threat incidents, explanations of how the proposal will address identified organization vulnerabilities along with allowable costs and project milestones. Choate added that applicants should make sure to refer to projects as addressing security needs rather than safety.

“This is about security,” she said.

The turnaround time for submitting an application is 30 days. Applications are sent to the state’s Emergency Management Division, with a committee scoring those applications and then sending them to FEMA for additional review, scoring and subsequent awards. New NSGP applicants received five bonus points in 2021.

Grant awards are generally made by July, carry a performance period of up to 36 months, and are tailored to the specific proposals. While many of the applicants are religious organizations, some with schools, Choate said nonprofits such as those providing medical and other services are welcome to apply.

While the Nonprofit Security Grant is built for physical security measures, Choate said they are receiving more applications for security planning and training, especially hands-on training. As an example, Congregation Beth Israel synagogue in Colleyville, Texas credits hostage training it received through NSGP funding as one of the reasons none of its four members were injured or killed when they were taken hostage by a gunman on Jan. 15.

Choate said while the NSGP is a “very competitive” grant program, one that takes some work, it’s a program that provides much needed funding to help with nonprofit security needs.

“We really want them (nonprofits) to apply,” she added.

For more information on the grant program, contact Choate at zoie.choate@mil.wa.gov.

Previous Denying History Through Book Bans
Next The Afterlife: Life After Death? No Thank you. Once Is Enough.