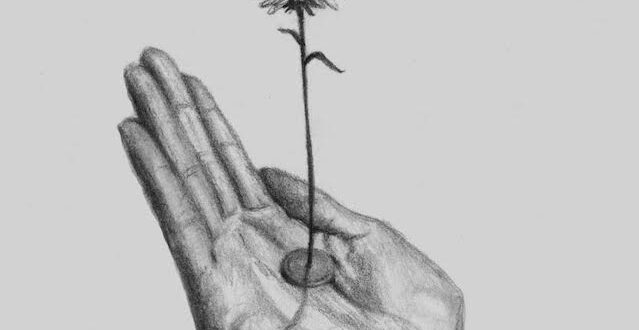 Among members of my generation, “frugality” can feel like a glamorized concept. Pinterest DIY projects, thrifting as many clothing items as possible, and fashionably sporting your mom’s old jeans is an acceptable and even “cool” dimension of mainstream culture. With the advent of TLC’s “Extreme Couponers” and “Tidying Up with Marie Kondo,” frugality is increasingly depicted as a hobby or an aesthetic, rather than a practice rooted in spiritual intention.  As a thrift shopper and budding couponer, I’ve been wondering whether it’s problematic to selectively partake in a lifestyle — one that is essential, unavoidable, and decidedly unglamorous for many – purely for its aesthetic or social value. From my perspective, these trends overshadow the significant — but often unspoken — differences between choosing to “appear” frugal, choosing to live frugally for spiritual reasons, and being forced to live frugally due to financial circumstances.

Unsurprisingly, many major religions are unified in their reverence for moderation. Judaism, Christianity, Buddhism, Taoism, Hinduism, and various other faiths emphasize abstinence from excess consumption and living on minimal material means. A 2018 study by Boston University researchers actually found that “God-fearing grocery goers” spent less at grocery stores and were less likely to make impulse purchases than the religiously unaffiliated. Relatedly, the Pew Research Forum presents data on the relationship between belief in God and household income: interestingly, absolute certainty in the existence of God is highest among individuals making less that $30,000/ year, and gradually decreases as income exceeds three figures. Perhaps relatedly, the percentage of adults who pray and/or meditate also decreases as household income increases.

Of course, these data can be interpreted in a number of ways: individuals who are more financially strained might turn to religion as a source of comfort and hope, but perhaps they are also more conscious and appreciative of both material and immaterial possessions. Related research on consumer behavior has pointed toward a relationship between religiosity, minimalism, and “quality consciousness.” While “quality consciousness” is often tossed around in business and manufacturing spheres (both of which are alien to me), I personally understand it as an awareness of the quality of material and immaterial possessions. To me, “frugality” implies a greater awareness of the quality and ultimate pricelessness of one’s relationships, values, health, and career or vocation – not a miserly mindset fixated finances and material aesthetics.

To this end, religion helpfully frames thriftiness as a value and lifelong pursuit, rather than an aesthetic, lifestyle fad, or occasional choice contingent on the trends of pop culture. Even if we choose not to associate with a specific religion, it may be beneficial to consider what it means to live frugally, but not simply in a monetary sense.

As well as minimizing material attachments, frugality might mean greater consciousness of the ways in which we spend time – certainly a limited resource – and of the activities and people who fill our time. A frugal mindset also promotes healthy, flexible spending: choosing to go out to dinner with friends, for instance, and allocating time and money for those special, “once-in-a-while” experiences. Ideally, money enables us to experience soul-enriching activities: buying and reading a hardcover book, enjoying a hot coffee in a local cafe, or venturing off on a weekend (or maybe yearlong) trip. Material frugality may equate directly to budgeting, repurposing goods and thrifting clothing, but spirituality enhances this approach by promoting conscious engagement with ourselves, other people, and our environments, encouraging us to live both frugally and fully.

If you consider FāVS soul enriching, will you become a member today?