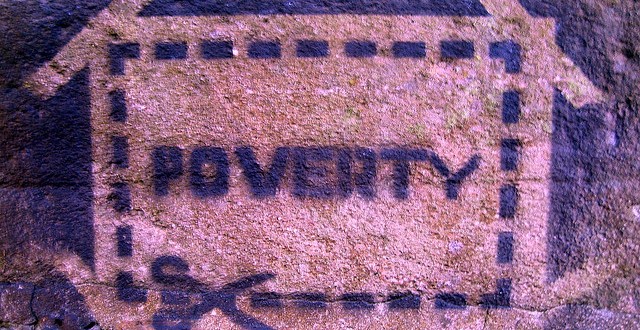 I recently had the privilege of taking part in the 2017 Eastern Washington Legislative Conference, whose theme was “Taking Responsibility: Acting Together in Faith.” I joined Ashley Beck, from the Spokane Regional Health District, and SNAP CEO Julie Honekamp on a panel that focused on poverty. I was specifically responding to a pastoral letter from the Catholic bishops of the state of Washington, which I viewed through the lens of both my experience as director of Spokane Area Jewish Family Services and the Jewish values that undergird my agency’s work in the community.

Since I had only 5 minutes to present, I’d like to share with FāVS readers both the thoughts I expressed at the event and some others I didn’t have time for. The pastoral letter includes a brief description of a man named Jonathan who grew up in a middle-class household and said, after ending up living on the street in Seattle, “I couldn’t understand how someone who came from where I came from could be homeless.” I mentioned at the conference that a common stereotype about Jews is that we’re all wealthy to some degree; the complementary myth, of course, is that there are no poor Jews. I think some of my clients who are Jewish and live in poverty experience an added sense of failure, as they have likely internalized the stereotype to some extent and may share Jonathan’s disbelief regarding their situation, accompanied by a hefty dose of shame.

I added that “falling” from middle or even upper-middle class to poverty, which some of our clients have done, not only puts a person through poverty’s many challenges but can also deal a major blow to their identity. If someone used to enjoy relative affluence and perhaps even donated to agencies that helped the poor, how can they reconcile their old identity as donor/giver with a new reality in which they are the ones asking for help?

To make matters worse, poverty — described by many who experience it as a full-time job in and of itself — requires formerly middle- or upper-class people to work hard in ways they never had to before. If you know how to run an office, but all you can find are part-time manual labor positions that don’t pay a living wage, and much of your free time is spent navigating bureaucratic systems meant to help the poor, you’ll need to summon a new kind of stamina, persistence, and hope in the face of seemingly insurmountable odds. Not everyone who spent decades without adequate preparation for this type of work can make the transition.

The pastoral letter also includes a key question from Luke 10:29: “And who is my neighbor?” Though the New Testament isn’t an area of expertise for me, this brief but profound sentiment brought up another question in my mind: Who counts as lovable? Judaism and Christianity (and other faiths, of course) command us to love our neighbor. I find that it’s the people who have been told, perhaps for most of their lives, that they are not lovable, not worthy — it’s they who need our love, our attention and care, the most. To serve such people, who may find themselves isolated and virtually friendless, is one of a human service agency’s highest callings.

Of course, working with individuals who feel abandoned by the rest of society and struggle to maintain a sense of hope isn’t always easy. Yet if there’s one thing my counseling background has taught me, it’s that simply being with people through hardship — being there to talk with them, meet with them, listen to them — builds relationship and provides a real service. When you’re someone to whom no one listens, one compassionate listener can make a surprisingly big difference.

I also talked briefly about how key housing is in the fight against poverty, and how difficult it can be to find and keep. Application fees for rentals are sometimes one obstacle too many in a low-income or poor client’s quest for a place to live. Some spend literally hundreds of nonrefundable dollars just trying to get approved somewhere.

For some clients, a motel is much easier to move into than a rental, since there’s usually no security deposit or requirement to pay first and last months’ rent at the start. However, if a brief motel stay turns into a monthslong or even yearlong occupancy, it’s considerably less cost-effective than many rental situations that may be both cheaper per month and cleaner and safer.

Shelters, which for many individuals in poverty are the last resort before life on the street, aren’t doable for some clients who have PTSD or severe anxiety. It isn’t a case of people turning up their noses at what a shelter offers; instead, it’s a situation where shelter life, even for a short time, isn’t emotionally or psychologically sustainable for a person. It just won’t work.

The pastoral letter refers at one point to “the basic rights of food and shelter, access to health care, a living wage and education.” If I had had more time, I would have told my audience how difficult it is to help our region’s residents obtain these basics when many Americans seem not to believe they are essential human rights — especially the last three. In my experience, people who argue that health care, a living wage, and education aren’t rights but privileges tend to have them already.

Another thing I wish I’d been able to share at the conference is a trio of quotes that SAJFS has used in recent fundraising campaigns. Each says something meaningful, from a Jewish perspective, about humans’ obligation to help each other. I’ll end with these brief but profound pieces of Jewish wisdom:

“We rise by raising others, and he who bends over to aid the fallen, stands erect.” (Rabbi Jacob Weinstein)

“The roots of the commandment to charity are deep. They go to the essential call on all of us to help sustain life, to heal the world (tikkun olam), and to remember that we were once ourselves strangers in a strange land. Tzedakah is justice itself. As the world changes, so too must our response to the profound commandment of charity.” (Jeffrey D. Sachs)