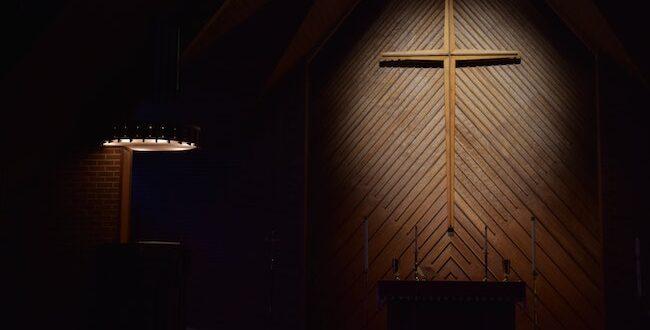 Photo by Joshua Eckstein on Unsplash

From ‘Hater’ to Lover of Souls: My Journey Out of a Narrow Christian Sect

From ‘Hater’ to Lover of Souls: My Journey Out of a Narrow Christian Sect

In my mid-20s, I joined a spiritually uncharitable Christian sect and became spiritually harsh myself, mostly toward my own family. Of course, I didn’t know this at the time.

I wouldn’t say I was in a cult, but I would say that my first pastor who led the church where I gave my life to the Lord, where I was baptized, and where I first became an official church member had some very cultish leanings that were accepted and even magnified by this particular brand of Christianity.

Prior to joining this church, the weight of my sinful choices became heavier and heavier on my shoulders. In Christian speak, I was coming to “the end of myself,” a place where I turned from my self-destructive ways toward God. When I finally yielded my life to him, God began to heal me and set me free from that past, and he used this pastor and faith family to do so.

This season was full of loving fervor toward God, toward the people in the church I belonged, and toward my pastor in particular. I would often counsel with him and when he spoke, it was like through his words and his counsel, God parted the Red Sea of my jumbled mind and deposited his truth on that dry ground to reform my thoughts.

Not having been raised in a church, I found all of this so healing, so freeing, and so beautiful.

Then, this pastor began a radio show, which he was going to use as a medium to share his biblical view of the world — mostly in the political arena. By starting this radio show, I guess he thought he was going to be the next Rush Limbaugh, only with a Christian flair.

I loved listening to it at first, and while I can’t remember any, I’m sure he made some brilliant points. I even used my talents as a writer to craft a press release about his new show’s launch to be sent to the local media.

But in time, his words grew coarser toward “those” people: gays, Democrats, non-Christians, etc. So, my words became coarser when talking about “them,” too. His self-righteousness grew in the pulpit. So, my self-righteousness grew in my relationships with others. His way of being a Christian became the best and only way. So, by following him and his manner, I was showing the world the best and only way to be a Christian.

He one time jokingly relayed to our church family that before I joined the church, I was a “feminazi,” a term I later discovered was coined by Rush Limbaugh. I thought it was hilarious, endearing even, that he said that about me.

After all, I changed for the better, right?

I also remember experiencing how controlling he was. I was part of the group of new graduates in the church that he treated to lunch, and I remember listening to him as if he were an oracle of our futures admonishing us to not date anyone who was not in our faith family.

I also remember learning from this pastor and this faith family in general that my husband needed to be the spiritual leader of the home. What this meant was he needed to know more Bible than me, which at the time was not very much.

During this season of my life within this faith family, while still under this pastor’s leadership, I believed God called me to be a missionary. So, I began waiting for that mission-minded single man. A man that held the King James Bible under his arm, who knew more of the Bible than me, had a white RV (instead of white horse)—to whisk me away to the mission field. Me, with my secular college degree in journalism, mind you. As this man never showed up, I began to think of ways to go on my own.

In time, I began to follow God in ways that more and more did not line up neatly with my faith family’s limiting ideologies.

I joined the “liberal” Peace Corps in 2004, instead of doing a year of Bible school to get my “M-R-S,” a saying used for women who go to Bible College to find a husband.

I didn’t know what country I was going to be sent to nor did I know if the future town I was to volunteer in had a like-enough-minded church for me.I took a leap of faith, though, and God brought me to Romania to a town where an American missionary family from my same faith background had a church that mainly ministered to the Gypsy population, a community I was drawn to already.

So, even though God was stretching me beyond my church borders, he knew I still needed the comforts of their narrow guardrails.

Eventually, I grew in my knowledge of the Bible, and what God asked of me. In doing so, I grew out of my initial faith family’s ideological limitations and began to shed my rose-colored glasses toward my first pastor.

I also grew out of my spiritually unkind ways toward my family and people that differed from me. There is still a bit of that in me, don’t get me wrong, but I try to better exhibit the grace of God, not only toward others but toward myself.

Today, I’m married to a man who was raised in a Presbyterian USA church. I didn’t date anyone before I met him so that controlling comment from my first pastor to not date anyone outside of our faith family protected me until I did meet him. When he introduced me to his friends, he would refer to me as a Bible scholar, someone who knew more about the Bible than he did, which did not bother him in the least.

We have a daughter and attend a non-denominational church. We are raising her to not demonize others in the name of Christ.

God used my husband to help me be more open-minded about politics and to learn that strong, biblically-moral arguments for political policies can be made from both sides of the aisle. To this day, I cannot listen to or read harsh, mean-spirited, and opinionated political or apologetics commentaries without being triggered negatively by memories of who I used to be and where I was spiritually formed.

I also consider myself a missionary, only within my own country’s borders and ironically within communities of “those” kinds of people who I used to put down and who would have been hurt by me in that season.

I would not be who I am today in Christ without this journey, and I wouldn’t have been able to love others as he wanted me to all along without his glorious reshaping of me from “hater” to lover of souls.