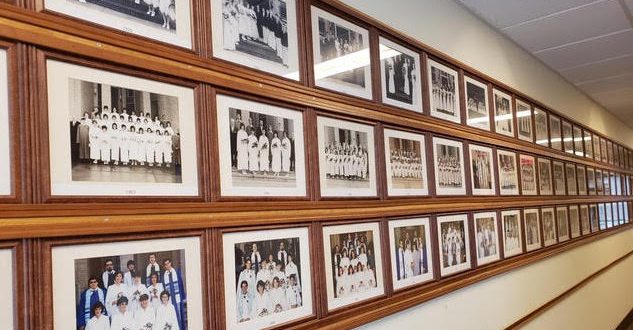 From generation to generation: Connected to others

There is such a strong desire to be a part of something larger, to be connected to others, to be part of a community. Judaism is designed in such a way that we need to be connected to others. We need to work together to eat, to learn, to pray, to comfort.  In places where we’re often the minority, there’s a particular need to come together to remember and celebrate what it means to be Jewish.

Jewish children are often in the uncomfortable position of being the “other.” In the secular world, they’re often the only Jewish child or one of only a few Jews in any given setting.  Navigating the world presents challenges and can be isolating for Jewish children.  So that need for community and connection can be even stronger for Jewish children, particularly teens.

On the walls of many synagogues, you’ll find portraits of groups of teens lined up and smiling from the bimah with their confirmation classes.  Catholicism also has confirmation classes and while the Jewish counterpart started out very similar in Germany in the 1800s, it has evolved so that the Jewish version is now very different from the Catholic classes.  The names and structure have changed over the years, but Reform and Conservative congregations often have programs for teens designed to keep them engaged and connected to Judaism and their fellow Jews post-b’nei mitzvah age. One thing that has remained the consistent through the generations, however, is that the pictures from those classes hang on the synagogue walls.

While you wouldn’t think it would be a place one would consider a centerpiece of Judaism, some of our favorite Jewish memories are from our time in Oklahoma.  When the Air Force moved us there from Maryland, we worried about what it would be like to be Jewish in the South. How do you raise Jewish children there? Being the only Jews was often isolating and sometimes scary, so we relied heavily on the Jewish community and connection with found in our synagogue. The Jewish community we found there was warm and welcoming and helped us become the Jews we are today.

As our children raced down the halls of our synagogue in Oklahoma, they had great fun examining the rows of confirmation photos on the wall.  Our girls would search for familiar faces and giggle at old hairstyles.  Friends’ parents would proudly point themselves out in the group portraits. Those adults were often able to identify other people in the photos as other synagogue members or other parents that we knew well.  Many congregations have confirmation photographs that date back to the 1930s or 40s or even earlier. So children could point out their parents, grandparents, and sometimes even great grandparents. There was also the assumption that, within a few years, those children’s smiling faces would join their family and look down from the walls in their own confirmation portraits.  L’dor v’dor—“from generation to generation” is a central idea in Judaism and those confirmation portraits are shining, smiling, examples of that (occasionally with very dated hairstyles).

I remember looking longingly at those photos knowing our children’s smiling faces would not be added to that wall. We left Oklahoma when our daughters were 9 and I was so disappointed to find our new congregation didn’t have confirmation classes. When we moved again, we found a congregation with rows of confirmation portraits on the walls. My teenagers, however, were too old for the traditional confirmation class. Now, my twins are teenagers and old enough to work in the Hebrew school classrooms.  They walk those halls and search the confirmation portraits for familiar faces—finding teenage versions of teachers they work with and faces that resemble the children in their classrooms.

Although, the latest of those pictures is from years ago. There hasn’t been a confirmation program at our current congregation in years. As our daughters are 16, they have pretty much aged out of the confirmation class age, much to my dismay.

So when I received a phone call from the vice president of education asking if we would be interested in being part of a new confirmation class I jumped on it.  Our kids want to be engaged. They want to be active. They’re interested, competent, and comfortable with their Judaism and I’d like to do everything we can to encourage that. Those portraits aren’t just proof of someone’s existence. Those portraits are evidence that a community offered those teens a safe space to really explore their Judaism and how it fits into the world around them. As their pictures join those of their parents or grandparents on the wall, so too do those teens join their families on the bimah.

I assumed my interest in having our children join the generations before them in those photos on the wall was just being a stereotypical Jewish mother worried about her children’s future in the world and in Judaism. When, after a meeting about the class, one of my teens mentioned how excited she was to be included in the portraits, I was taken aback. I assumed the kids were only focused on what topics sounded interesting and which friends they would see in class.  Both of my teens have admitted that being a part of the tradition is important to them. When I asked them about it, one explained, “My kids (the students from Hebrew school classroom where she’s a student teacher) point to the wall and ask, ‘Where’s your picture?’ I’m not there. I want to be able to point to my photo and show them.”

And with that I think the teens summed it up perfectly. The need to be a part of tradition both to join those who came before and inspire others to stay connected is such a strong part of Judaism. For the Jewish people, particularly for the Jewish teens who interact with the secular world, finding and keeping that connection can be essential, but difficult.  Those pictures on the wall of confirmation classes are a sign that parents, synagogues, and the youth are working together to invest in and celebrate Judaism, tradition, and our children.

Previous Ask An Atheist: How do you explain design throughout the universe?
Next Biblically informed votes