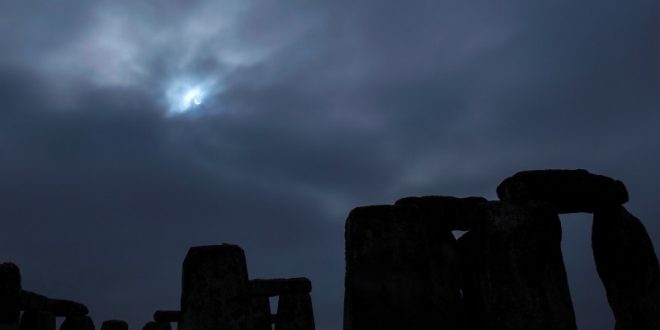 LONDON (Thomson Reuters Foundation) – Extreme weather is becoming one of the biggest risks to World Heritage icons like the Polynesian Easter Island or Britain’s Stonehenge, posing a threat to tourism and economies alike, scientists and U.N. experts said on Thursday.

Developing countries such as Nepal, home to Mount Everest, and Uganda, where tourists travel to see mountain gorillas, may be particularly hard hit as they rely on income from tourism more than developed countries, the experts said in a report.

“For them it’s a very important revenue and income. It’s an economic driver to have a World Heritage site,” Adam Markham, lead author of the report and deputy director of the Union of Concerned Scientists (UCS), told the Thomson Reuters Foundation.

“If the attributes that attract tourists there in the first place are damaged by climate change, that could be a big blow to the tourism economies,” he said in a phone interview.

Tourism is one of the largest and fastest growing sectors, generating 9 percent of the world’s gross domestic product (GDP) and providing one in 11 jobs, the United Nations Educational, Scientific and Cultural Organization (UNESCO), the United Nations Environment Program (UNEP) and the UCS said.

While badly managed tourism itself can be damaging to World Heritage sites, climate change multiplies the risk of the sites loosing attributes that make them attractive tourist destinations, they said.

“Some Easter Island statues are at risk of being lost to the sea because of coastal erosion,” Markham said in a statement.

“Many of the world’s most important coral reefs, including in the islands of New Caledonia in the western Pacific, have suffered unprecedented coral bleaching linked to climate change this year. Climate change could eventually even cause some World Heritage sites to lose their status.”

The report analyzed 31 natural and cultural World Heritage sites in 29 countries, including the Colombian port city of Cartagena, Vietnamese town of Hoi An and the Galapagos Islands, that are under threat from extreme weather events like increasing temperatures, rising seas and droughts.

To maintain the World Heritage sites it was essential to achieve a goal of keeping global average temperature rise to below 2 degrees Celsius, as agreed by world leaders in Paris in December, the experts said.

Previous Building Self-Reliance in Buhkaweka, Uganda
Next Sounding the TRUMPets