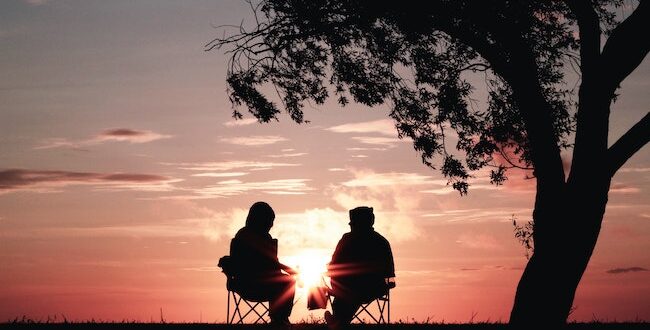 Photo by Harli Marten on Unsplash

Friendship: Beyond Transaction, to Transformation

Friendship: Beyond Transaction, to Transformation

I’ve always had a stoic side to my personality. Sentimentality, given or received, has often been uncomfortable. Yet I’m much more emotionally demonstrative than I used to be. Our grandchildren have had a lot to do with that!

But expressing anything “religious” in a demonstrative way continues to be a struggle. (Does that seem strange for a pastor to admit?) I’m inwardly suspect of RDAs (religious displays of affection), too quickly dismissing such displays as people trying too hard to be joyous or pious. Or condescending toward people who aren’t like they are.

Recently, I listened to a friend who feels conflicted by his church tradition, and people in those traditions, because he can’t accept the “hellfire and brimstone” part of that tradition. But it’s ingrained in him, and he can’t seem to escape its life-long grasp.

My friend needs a friend to walk with him through this tough part of his spiritual journey. I hope to be one of his friends in this time.

His struggle has been on my mind as I re-read “Friend,” a thoughtful chapter in Diana Butler Bass’s newest book, “Freeing Jesus: Rediscovering Jesus as Friend, Teacher, Savior, Lord, Way and Presence.” For years, I’ve pushed back on exclusive “Jesus and Me” attitudes, like Jesus-is-mine-and- mine-alone. It smacks of religious manipulation, something I reject.

“Friendship with God is not a biblical side story; rather, it is central to the promises and faithfulness of being a called people, in which all are friends, companions, intimates, siblings, and beloved,” Bass wrote.

This is usually missing in the distortions and toxic atmospheres too many churches and religious traditions create to keep control of their people.

Transactional friendships are often beneficial. But manipulation and control make for toxic “friendships.”

When you read your Bible, do you see only tit-for-tat friendships, or a punishing God who pounces if you don’t abide by moralistic conditions? If so, you’re reading a selected-verses version of scripture that reduces your vision of God and the world God created.

The biblical story of Creation in Genesis, we see a God who is looking for friendship. So God creates a world, including companions we call Adam and Eve. Perhaps that relationship was like one writer observed: “A friend is someone fun to play with – and someone you can trust.” Can you see that in Eden? If not, please look again.

From Creation through Jesus and the early church, biblical friendships moved beyond transaction into the transforming power of friendship. They still happen today, both in and out of the institutional church.

In John 15:12-15, Jesus declared that God’s love, like his disciples experienced it through him, is the basis for his calling them friends. That love isn’t a condition of friendship. It’s an invitation to be a friend, and to give your friendship to another person.

Transformative friends don’t let transactional friends manipulate them. They invite those friends to be transformed too.