By Kevin Eckstrom Religion News Service All eyes are on the White House today, where ABC is reporting thatPOTUSwill try to split the baby (so to speak) with religious groups over hismandate to offer contraception coverage to employees.VPOTUSJoe Biden(a Catholic, it’s worth mentioning) says he’s “determined to see that this gets worked out.” 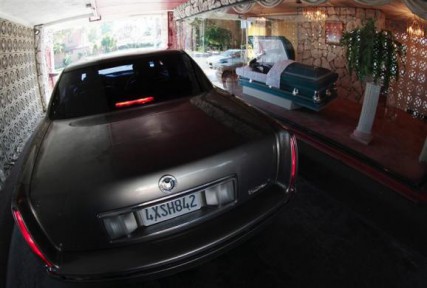 Meanwhile, the NYT reports thatU.S. Catholic bishops had anticipated their fight with Obama months before he rolled out the policy change: Hours after President Obama phoned to share his decision withArchbishop Timothy M. Dolan of New York… the bishops’ headquarters in Washington posted on its Web site a video of Archbishop Dolan, which had been recorded the day before.” Mother Angelica‘sEWTN Catholic cable networkhas filed at least the third lawsuit by a religious group against the contraception mandate.Rick Santorumsays the contraception mandate has “nothing to do with women’s rights” (and also thinks female “emotions” could get in the way of military combat). On Capitol Hill,Senate Majority Leader Harry Reidwants everyone to just “calm down” already. Or, asMother Jones points out, is this all really much ado about nothing? “The central mandate—that most employers have to cover preventative care for women—has been law for over a decade.” Things are getting downright weird inPhilly, where there are calls to make sure that retiredCardinal Anthony Bevilacquadidn’t die of foul playjust one day after he was deemed fit to appear as a witness in a major sex abuse trial.

www.tracy-simmons.com
Previous What “The Mighty Macs” does (and doesn’t) say about Jesus, nuns, feminism and motherhood
Next Obama to exempt religious groups from contraception mandate